Love Triangles Dominate in “Triumph in the Skies 2” 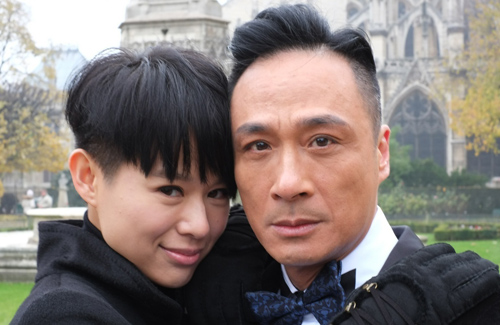 With Triumph in the Skies 2 <衝上雲霄 II> airing on July 15, spoilers for the drama have been leaked to the media. The story follows relationship arcs of the pilot and airline crew, adding elements of predestined love and even bringing back the Triangel doll, the Guardian of Love, which was featured in the original 2003 series. The sequel will feature more love angst amidst the complex relationships.

In Triumph in the Skies, the main romantic storyline was the love triangle between Sam, Bell (Flora Chan 陳慧珊), and Vincent (Joe Ma 馬德鐘). After many heartbreaking episodes, Bell eventually chose Vincent. The second half of the series featured Sam (Francis Ng 吳鎮宇) developing feelings for Zoe (Myolie Wu 胡杏兒), and marries her despite Zoe’s weak heart condition.

The sequel picks up after Sam  and Zoe are married, but Zoe soon passes away due to her worsening health. Soon after, Sam falls in love with Holly (Fala Chen 陳法拉) but because of his personality, he remains strict towards her at work. Holly also likes Sam, but still has ex-boyfriend Jayden (Chilam Cheung 張智霖) on her mind.

Coincidental moments include Sam walking in on Jayden and Holly kissing, as well as accidentally seeing Isaac (Ron Ng 吳卓羲) and Summer (Myolie Wu)  meeting on the roof.