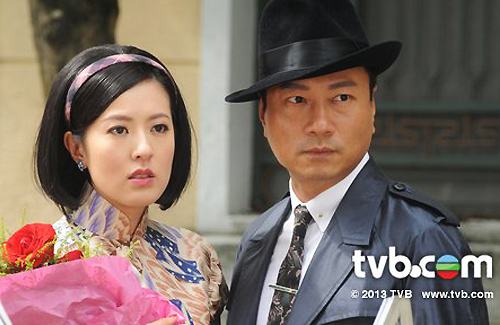 Although helmed by golden producer Lee Tim Sing (李添勝), the outcome of TVB’s Bullet Brain <神探高倫布> did not go as well as expected. Two weeks and 10 episodes have already aired, and viewership ratings for Bullet Brain are still hovering around the mid-20s area.

In an earlier interview, Tim Gor promised his viewers that the story of Bullet Brain will pick up in later episodes and urged the audience to be more patient. Indeed, Bullet Brain’s second week of episodes had more engaging content, but is it worth to invest another three weeks on the show?

If you are still deciding if you should continue on with this fantastical crime drama, perhaps these spoilers will help you make your decision.

In next week’s episodes, Wayne Lai’s (黎耀祥) character, Columbo, and Ngo Ka Nin’s(敖嘉年) character, Ping On, will exchange personalities. Columbo will return to his old self as the simple-minded Ko Tai Hei, and Ping On will become what Columbo used to be – highly intelligent, evil, and heartless. The transformed Ping On takes joy in teasing and torturing Tai Hei, including asking Tai Hei to pick up feces in the bathroom.

Although Tai Hei has “awakened” from his Columbo identity, he does not remember his time as Columbo, including his time with Eva (Sire Ma 馬賽). At this time, Eva already discovered that Columbo had toyed with her feelings, but she takes pity on Tai Hei and decides to move in with Tai Hei at his flat to protect him.

Mui Mui’s life in her underground dungeon took a toll on her mental health, and she developed a mental disorder that resembles schizophrenia. She begins to start hallucinating, which includes the well-publicized scene of her seducing Columbo with her naked body.

However, Mui Mui turns out to be a murderer, and her crimes are immediately discovered by Ping On. She is later executed by the garrote.

After her death, her 17-year-old daughter, Szeto Nam (also portrayed by Natalie) comes to the scene. She tries to avenge her mother’s death by getting close to Ping On, but her plan backfires, and Ping On rapes her.

As for Eva, she finds new love with her subordinate, Choi Fei Lung (Edwin Siu 蕭正楠), and the two start a relationship. However, Eva may not get her perfect fairy tale ending, as a quarrel with Ping On will put her in a vegetative state.