Michael Miu Suggests New Ending for “A Change of Heart” 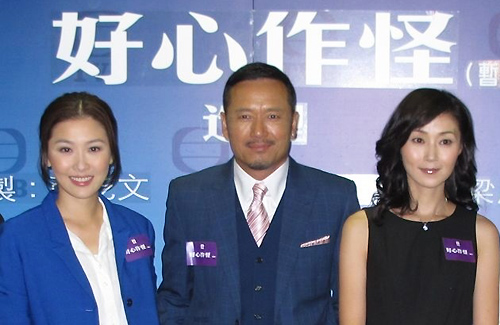 According to recent tabloid reports, Michael and Joey’s characters, Power and Sin Hang, will die together in the drama’s finale. Michael, whose character also died in the finale of Highs and Lows <雷霆掃毒>, reportedly did not want his character in A Change of Heart to suffer a similar fate, and requested the ending to be changed. Michael allegedly did not want his character to die because he wanted to take part in the A Change of Heart sequel, if there were to be one.

A TVB crew member revealed, “Michael believed that his death in Highs and Lows was unfair, so this time he refuses to die. If he died, he would not have the chance to film a sequel. Michael also offered many suggestions to the story line and consistently helped out the scriptwriters and directors.”

Michael is good friends with TVB’s current boss, Charles Chan (陳國強). As reported by Next Media, Michael was disturbed by the fate of his character in A Change of Heart, and requested for the ending to be changed. A Change of Heart producer, Nelson Cheung (張乾文), originally opposed it. Michael’s costar, Joey, also asked Michael to “just follow the script.” However, due to Michael’s close relations with Charles Chan, Nelson Cheung ultimately succumbed to Michael’s request and re-wrote the last few episodes of the drama.

Joey’s fatal ending in the drama, however, will not be changed.

Source: Next Magazine #1190 via kuangaitvb.com