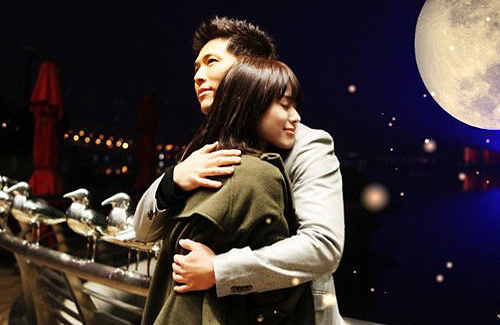 Myolie stars as Zhang Hanyan, who grows up under the adoption of a humble family. Hanyan is actually the youngest daughter of Jinyutang’s CEO, but she was abandoned by her adopted elder sister Liu Caifan (Monica Mu 穆婷婷), who feared that her position in the family would be affected. Hanyan never thought about searching for her origins, until she meets the rich and handsome Wang Yinan (Eric Huang).

In a press conference held on October 22 for the modern drama, Myolie expressed that Zhang Hanyan is a young a woman who goes through great ordeals to provide for her family. She said, “The experiences I went through when I was studying overseas really helped me get in character,” while adding, “That feeling of depending on no one else but yourself feels great. It’s good to have these experiences when you are younger. For me, the experiences I’ve gained from working as a student really helped with my current work attitude.”

Myolie also said that viewers would be very happy with the role, explaining, “[Zhang Hanyan] is an extremely kind girl. She’s independent and strong. She can sacrifice for her family and for her love.”

Eric Huang’s role, Wang Yinam, will be involved in relationships with both Myolie’s Zhang Hanyan and Monica Mu’s Liu Caifan. He explained that his character loses his memory after an accident, and during this period of disorientation, he meets Zhang Hanyan and Liu Caifan, both who falls in love with him. Yinam, however, will ultimately choose to be with Hanyan.