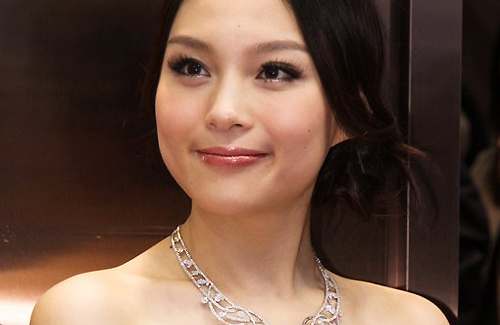 TVB detectives are back on their new assignments during the broadcast of TVB’s Slow Boat Home <情越海岸線> this week. Some sharp-eyed netizens noticed that Cheung Kwok Keung (張國強) may have touched Oceane Zhu’s (朱璇) chest inappropriately in a rescue scene.

Episode 16 of Slow Boat Home, which was aired Monday night, centered on the mysterious new character Maggie (portrayed by Oceane Zhu), who settled down in Cheung Chau under the assumption that she is a relative of Nurse Wong, who mysteriously left the island. Maggie replaces Nurse Wong as Fit Wing’s (portrayed by Ruco Chan 陳展鵬) assistant at his outpatient clinic.

Maggie befriends Fit Wing and his family, especially gaining the trust of his mother, Lin (portrayed by Angelina Lo 盧宛茵). Lin even makes several attempts to match Maggie with her son, but Maggie seems to be much fonder of Fit Wing’s father, Ching Sir (portrayed by Cheung Kwok Keung). During a windsurfing activity with Ching Sir, Maggie purposely falls from her board, prompting Ching Sir to rush to her rescue in the water. “Nothing should have happened,” said Oceane. “We practiced the scene and looked over the camera angles. Women can get really sensitive when it comes to something like this, but I felt fine. I will go on myTV to take a look at [the scene].”