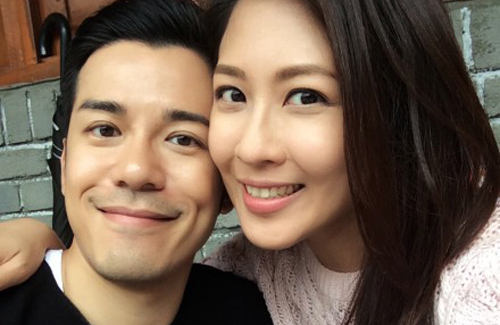 Sammy Sum (沈震軒) has returned to the set of crime thriller Line Walker <使徒行者> this week, after an extended break to nurse a fractured wrist.

Line Walker has been plagued by numerous delays due to unforeseen cast changes. Originally set to wrap by the end of April, the production has continued into May partly to accommodate Sammy’s recovery. He was injured in late March when he fell off of his bicycle during a chase scene and landed on his right hand. He suffered a rather serious wrist fracture that required surgery and insertion of screws, and was ordered to take time off to rest. Although this has created another major set back for the production schedule, director Man Wai Hung (文偉鴻) chose to delay filming instead of seeking yet another replacement for Sammy’s role.

Promoted to a major supporting role after the departure of former colleague Sammy Leung (森美), Sammy [Sum] was given the chance to star opposite sexy goddess Sharon Chan (陳敏之). The two filmed a kissing scene recently, and appeared quite friendly despite being first-time on-screen partners. Sammy was seen wearing a sling on his right arm during the shoot. It turns out that the production team had decided to write his injury into the script so that he may continue to film during his long recovery process.

Although he is back on the set, Sammy will be taking things slowly and has been asked to film his non-action scenes first. The director has also prepared a body double as promised, to keep him safe during future action sequences. Even though some have called Line Walker cursed due to its delays among cast members, Sammy is luckily healing quickly and is now back on track to complete the highly anticipated series.