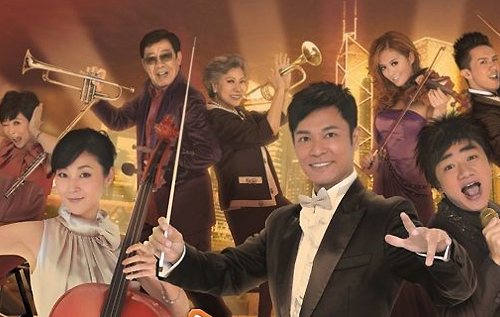 Expect to see fresh new faces gracing your television screen in the coming months if you are tuning in on TVB’s Jade channel.

TVB drama, Inbound Troubles <老表,你好嘢﹗> will premiere on on January 14, picking up the time slot of Missing You <幸福摩天輪>. Inbound Troubles, produced by Wong Wai Sing (黃偉聲), will be running for 20 episodes.

The comedy drama will address many social problems that had arisen in Hong Kong for years, such as worsening relations between Hong Kong and China.

The story follows Hong Kong tour guide Ng Ka Yee (Roger Kwok 郭晉安), who recently opened up a new travel agency with his girlfriend, Ma Shuk Jing (Angela Tong 湯盈盈). The unfortunate Yee was later conned into spending almost his entire wealth on the business, and had to file for bankruptcy as a result. During his last few months living in bankruptcy and finalizing his debt issues, Yee discovered that Jing had actually been cheating on him with his best friend, Ching Shiu Shan (Bob). Could Yee’s life get any worse?

When Yee tries to turn his life around for the better, he meets social worker, Yick Suet Fei (Joey Meng 萬綺雯), his embarrassing singer wannabe cousin from mainland China, Cai Xin (Wong Cho Lam 王祖藍), the con artist who could sing extremely well – Menglu (Mimi Chu 朱咪咪). To make matters for the better or for the worse, his younger sister Ng Tsz Ching (Ivana Wong 王菀之), returns to Hong Kong after failing her master degree courses in Taiwan. When all of this adds up, Yee concludes that yes – his life could get worse.