Synopsis of TVB’s “The Hippocratic Crush 2” 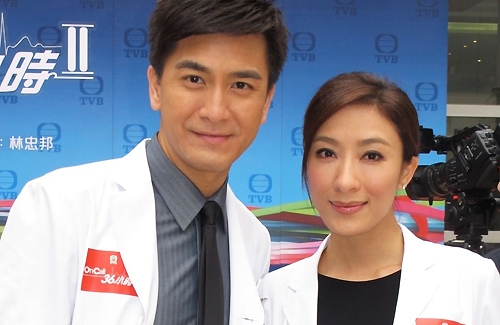 The Hippocratic Crush 2 <On Call 36小時 II> will be airing this November. Promoted as this year’s TVB anniversary series, The Hippocratic Crush 2 sees the return of regular cast members Kenneth Ma (馬國明), Tavia Yeung (楊怡), Him Law (羅仲謙), and Mandy Wong (黃智雯), while also introducing new stars Eliza Sam (岑麗香) and Tracy Chu (朱千雪). The medical drama will also star Lawrence Ng (吳啟華), who had left TVB after filming 2006’s At Home With Love <樓住有情人>, and Louisa So (蘇玉華), whose last TVB was 2009’s A Bride for a Ride <王老虎搶親>.

The Hippocratic Crush 2 will pick up where the first installment left off – Dr. Cheung Yat Kin (Kenneth Ma), now married to Fan Tsz Yu (Tavia Yeung), is faced with new challenges. Yu is pregnant, but being diagnosed with intramedullary spinal cord tumor makes her unfit to bear children. The stubborn Yat Kin insists on carrying the burden for her, and his bullheadedness takes a toll on his relationship with pathology specialist, Lokman (Lawrence Ng ).

Yu eventually suffers a miscarriage and also gives up her studies on cardiothoracic surgery. Yat Kin finds it difficult to accept the new changes in his life, but seeing the growth of good friends Yeung Pui Chung (Him Law) and Hung Mei Suet (Mandy Wong) from being inexperienced housemen to becoming trained medical professionals, Yat Kin learns that he must protect himself in order to protect others.

26 comments to Synopsis of TVB’s “The Hippocratic Crush 2”