Wallace Huo to Star in “Perfect Couple” with Tiffany Tang 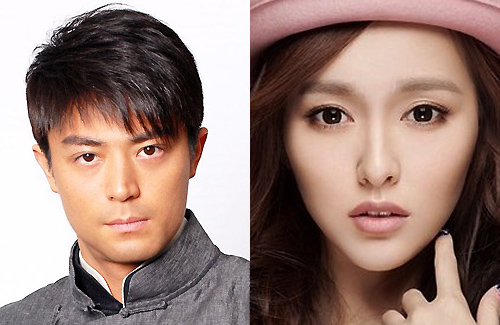 After witnessing the touching love story of Xu Changqing and Zixuan in Chinese Paladin 3 <仙劍奇俠傳3>, many netizens longed to see Wallace Huo (霍建華) and Tiffany Tang (唐嫣) in another collaboration. After almost five years, their wish will finally be fulfilled with the upcoming TV drama Perfect Couple <金玉良緣>. The drama, which is about to begin filming at Hengdian World Studios, will be the first ancient series that Wallace will invest in and produce after establishing his own company.

Set during the early years of the Ming Dynasty, Perfect Couple will star Wallace as Jin Yuanbao, the only son of an aristocratic imperial family that is in charge of weapons manufacturing. A pampered young man who is well aware of his rich family background, Yuanbao unexpectedly meets Yu Qilin (Tiffany), a clever maiden who travels around the country. Their friendship sets off a series of humorous, witty, and touching stories.

Tong Hua (桐華), the well-known mainland Chinese novelist who came to fame with her online novel Bu Bu Jing Xin <步步驚心>, will personally create the storyline of Perfect Couple, which will then be developed by the production company’s screenwriting team. The drama will be co-produced by Zhejiang Dream Stardom Film & TV and Huajae Studio, Wallace’s own company.

Although Zhejiang Film & TV has experience with both modern and period dramas, having produced works like Sealed with a Kiss <千山暮雪> and Ru Yi <如意>, this will be the company’s first time working with an ancient Chinese series. Nevertheless, this joint venture with Tong Hua and Huajae Studio will undoubtedly incite interest among fans of Wallace, Tiffany, and Tong Hua.