“A Change of Heart” Finale 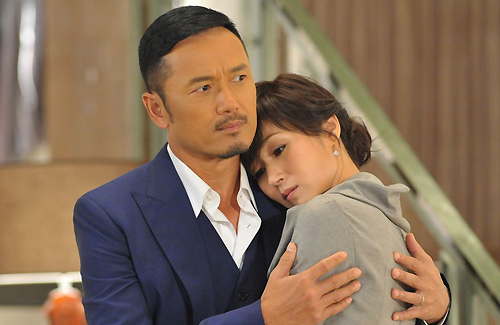 A Change Of Heart’s <好心作怪> finale aired on July 12, boosting ratings last week to a peak of 32 points. The final episode came to a dramatic cliffhanger conclusion.

In the final episode, Tang Sin Ji (Vincent Wong 王浩信) is still in a coma. Tang Sin Hung (Joey Meng 萬綺雯) is arrested for her wrongdoings, and feels highly remorseful for being the cause of her father’s heart attack. However, while Sin Hung was detained in the police car going to the station, the car lost control and dove headfirst into the ocean. Despite searching for her body, there were no traces of Sin Hung, and she was presumed to be dead.

Not long after Sin Hung’s car accident, her half-brother, Sin Ji wakes up from his coma and starts a new life with Yip Wing Sze (Elaine Yiu 姚子羚). Yuen Siu Gut (Niki Chow 周麗淇), who is confused about her life and believes that too much has occurred in the past couple of months, decides to leave Yiu Yuet San (Bosco Wong 黃宗澤). Yuet San tells her that he will wait for her no matter what, and the two temporarily part ways.

One year later, Siu Gut returns to Yuet San and decides to marry him. However, her love life is anything but smooth when Sin Hung, who actually survived her accident, kidnaps Siu Gut. Sin Hung receives plastic surgery to resemble Siu Gut and tries to kill her own husband, Power (Michael Miu 苗僑偉) in the process.

In order to prevent Sin Hung from committing more crimes, Power manages to persuade his wife to let the innocent Siu Gut go. Sin Hung and Power both realizes that despite the difficulties and obstacles they have faced, they still retain feelings for each other. After Siu Gut has been freed, Sin Hung saves her husband from a falling cargo load and dies in the process. Seconds before her final breath, Sin Hung encourages a heartbroken Power to become a better person and leaves the world without a burden.

A Change Of Heart ends on a cliffhanger note with Power accidentally encountering a woman who looks exactly like Sin Hung.

53 comments to “A Change of Heart” Finale