Brother’s Keeper: The Quandary of Sam 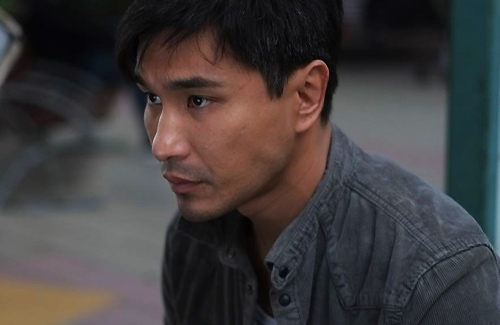 Note: This critical commentary for episode 28 of “Brother’s Keeper” is written by Funn Lim. Certain dialogue is reproduced with some creative license adopted.

I know at the end of episode 28 I am supposed to dislike Sam (which I do) and feel sympathy for Rachel for having such a bad person as a boyfriend and for Soon for having such a terrible brother (which I don’t). I feel episode 28 fails in all aspects; either in garnering pity, getting support, questioning why and all that matters in the eventual spectacular downfall of Sam. I mean from day 1 Sam is a stubborn guy who sticks to his principle. But in episode 28 it is supposed to be the very 1st sign of him going Vader, that is selling Lo Soon Kei’s franchising right in Fushan, China without telling Soon and causing Lo Soon Kei’s reputation to suffer due to substandard products AND pocketing some a whole lot of millions I think for himself to pay for his apartments since economy is bad instead of giving to Soon or selling his own condos. Soon angrily shouted at his brother and they had a shouting match and Sam nearly beat Soon when Soon screamed “You’re such a bastard, you betray me, you betray Rachel and you betray yourself by being a gigolo for money and broke Rachel’s heart”. Mom came into the picture and suffered a heart attack. I mean all these are such dramatic stuff right? Wrong! Because questions start popping up;

1. How can Sam ever sell the franchise since he doesn’t have power of attorney or signatory right or whatever the legal stuff to having the right to sell something not yours to someone else?

2. Soon did mention how the franchise will ruin his business but seriously, the thing about franchise is he can always terminate the contract if the franchise is not up to standards so Soon was such a drama queen. He can later publish a huge ad in papers to deny any ties with that shop in China apart from the things he planned to do.

3. Sam pocketing the millions is akin to fraud so how come no one threaten to contact the police?

4. Why is Soon bundling Rachel into the argument with Sam?

This series doesn’t say so but I can surmise that Soon is innately jealous of Sam because Rachel loved Sam and not Soon. Therefore he blamed Sam for hurting Rachel and so bundling Rachel into the argument to me is incredibly spiteful of Soon and to call Sam a gigolo is incredibly irresponsible for Soon. For me Soon is like faking his love and admiration for Sam ever since he knew Sam cheated on Rachel and I find Soon such a douchebag of a brother. But then Sam is also a douchebag of a brother for cheating Soon because I do believe if Sam were to tell Soon about his financial problems, Soon would have sold a shop to help him. And then Rachel is also a douchebag; she heard the brothers’ arguing and immediately she thought the worst of Sam and giving him a lecture about changing into this hopeless beyond redemption bad guy and left him, again. Get what I mean? Everyone is being so judgmental of poor Sam, although Sam was wrong, you will feel for Sam. Yes Sam is bad. Yes he did wrong. Yes he didn’t and refused to acknowledge he did Soon wrong as he proclaimed Soon should help him now since he helped Soon often in the past, 2 different things mind you. So yes, we are supposed to have like “Sam you douchebag!!” reaction. And frankly I do have that reaction. BUT I was very disgusted with Soon when he brought up Rachel when arguing with Sam. As if he knew all the facts, as if he is the guardian protector of fragile poor little pretty Rachel. What right has he to say what he said to Sam? So Sam was justified in being angry with Soon. What right does Rachel have to jump to conclusions and proclaim Sam as hopeless? What did he do to have her have the preformed misconception that he is hopeless? Yes he cheated on her, ONCE and that is because he wanted to have money to buy her a shop. Rachel’s mom proclaimed to Sam to leave her daughter alone, since Rachel suffers when Sam is near her. I beg to differ madam! It is Rachel who causes Sam’s downfall, even if she doesn’t realise it. Rachel IS an expensive girlfriend to maintain, and Rachel does not understand Sam’s pressure in trying to get on her family’s good side, she doesn’t even bother to see it from Sam’s point of view. Which is why outside the hospital Sam pleaded with Rachel “Please don’t see me from Soon’s point of view”. Well, Rachel is too judgmental to see beyond her own rainbows, unicorns, apple pie and whatever beautiful things she wants to see.

What I am trying to say is basically, everyone is a douchebag. Rachel is one for being too quick to judge and frankly this woman doesn’t know how to love. Soon is a douchebag because even if he is right to be so drama queen about his shop (I mean he is right, of course but he can cut the drama please), he was such a mean spirited brother when it comes to Rachel. He innately hates Sam, that’s how I see him, therefore making him a pretentious little git. Sam is a douchebag for what he did to Soon. I don’t see his actions against Rachel as douchebag-ish since he already did enough to atone for his sins so to speak but his “it is my god given right” actions against Soon to me makes him a douchebag.

And yet I can find it in my heart to forgive Sam for one simple reason; this episode did not do enough to make me hate him. In fact I blame Soon and I blame Rachel and I feel Sam is in a desperate situation but not a villainous situation. At the hospital we see Sam crying by his mother’s side. Sam is not a bad person, he is not even a mean or evil person, he is just pushed into a corner, in desperation he did what he did. If the writer wanted to make us dislike him, then he failed miserably. Sam is still not that terrible a person. Instead any dislike is towards Soon and Rachel and to me that is not the writer’s intention, which kinda backfired in my humble opinion. Because if you can’t hate the supposed villain, then everyone else who sees him as a villain is being too quick to judge and therefore unreasonable and unforgiving.

To me, these 3 jokers are all equally accountable. I don’t like any of these 3 except I feel at least Sam isn’t too quick to judge and isn’t pretentious which is why I feel for him.

The writer should just kill off these 3 and concentrate on a pair that I like immensely; Ying and Lung Fei. How Fei stood up for Ying in front of his parents, how Ying wanted to sacrifice her career for Fei, all very very touching and to me is one of those rare moments in this series where I don’t go face palming myself at the idiocy and hypocrisy I see in this episode. But however good these 2 did for this episode, the damage by those 3 is complete.

There was a way to salvage all that; if only the writer isn’t too obsessed to jump to the meaty stuff, instead of just build up on the tension. Episode 27 we see Rachel and Sam tearfully reconciled but in episode 28 we discovered Rachel hasn’t reconciled with Sam. What is the problem with Rachel and her “reconcile? not reconcile? I don’t trust him? I love him?” confusion? I tell you what is the problem. It frustrates the hell out of me. I am tired of her will she or won’t she reconcile with Sam. Either she does or she doesn’t. This episode takes away the tenderness of episode 27, it doesn’t show the effort done by Sam for Rachel, it doesn’t show Rachel being grateful, it just jumped to perhaps weeks or months later where both recovered. It is so frustrating to watch a series where development of the characters is 2nd place to dramatic bursts of … drama. So that is why I do not buy the fact that Sam has changed and everyone is now wary of him, disappointed in him. The development is terrible and the pacing is terrible and the emphasis is terrible. A potentially good storyline about 2 brothers is wasted on love relationships, on the indecision of Rachel and the fact that the brothers’ are mostly apart than together. The only saving grace is Ying and Lung Fei who both demonstrated the steadfastness and loyalty and sincerity of friends, lovers and family. I can’t stand Rachel. I can’t stand everyone feeling for Rachel, even the bastard father of Soon. I can’t stand everyone standing by Rachel when everyone abandons poor Sam (except his mom). Was his cheating on Rachel that terrible? Perhaps it is Rachel herself who can’t see reality, who can’t stand reality and therefore fails to appreciate reality. Did what he do to Soon terrible? Yes but Soon had no right to accuse Sam of other things so unfairly. Again Soon was too quick to blame Sam for everything. That’s the trouble of this episode and this series. I feel nothing for the main 3 characters now, I feel something for one character but that is a misguided affection because clearly the writer doesn’t intend it that way. And I feel the supporting characters are more worthy of my affection than those 3 main ones.

How terribly misguided this series is. Episode 30 will probably explain why Sam is driven to a life of crime, or maybe not. What I am sure is this series had potential but the direction is terrible. It is one of the better series this year but compared to better ones, this series has a long way to do. I pity the actors though; they were good but the characters they were saddled with were not.

Which brings me to Rachel’s famous quote that is how I feel at the end of episode 28:

“You make me wanna puke!”

By the way, what will it take to have one bloody wedding in this series? Decades have passed, a baby is coming and no wedding in sight.

“You make me wanna puke!”

This commentary is written by Funn Lim, a Contributing Writer at JayneStars.com, and was originally posted at www.point2e.com.

107 comments to Brother’s Keeper: The Quandary of Sam