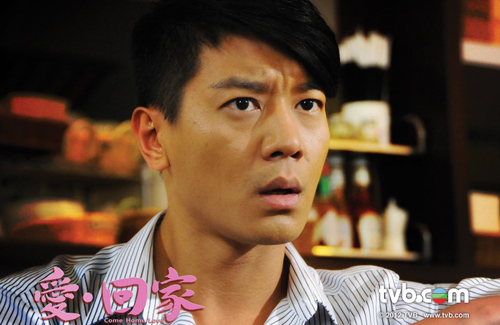 With “love” being the main theme of the sitcom Come Home Love <愛·回家>, the sitcom has profited from the popularity and the recent publicity it has been getting. Recently, the sitcom shifted focus onto the development of the relationships between the characters and many are anxious to see the final outcome. Surprisingly though, a large population of the viewers are not housewives, but young adults – proving that Come Home Love is a show for everyone.

Last week, Come Home Love averaged 24 points in ratings, beating Bullet Brain <神探高倫布> and Beauty at War <金枝慾孽貳>, who only attracted 23 points in ratings despite stellar casts. Many viewers were disappointed by the convoluted plots of Bullet Brain and Beauty at War, turning to watched the more relaxed Come Home Love, which maintained a consistent viewership despite the long-running sitcom airing since May 2012. The unfolding love triangle between Lai Lok Yi (黎諾懿), Queenie Chu (朱慧敏), and Oceane Zhu (朱璇) has also captivated viewers.

There has been an overflow of fan mails and messages from netizens on Facebook and TVB.com praising the series and even requesting the sitcom to be extended, although it is fast approaching the 300-episode mark. In order to thank the fans for their support, the producers of show are planning to hold an appreciation event “Together @ Come Home Love” on May 11 to celebrate the drama’s 1-year anniversary. Fans will not only be given an opportunity to meet with the actors and actresses, but they’ll have a chance to go backstage as well.

Come Home Love is not the only sitcom that has garnered a widespread of attention. In the recent years, many fan clubs have arisen from sitcoms such as Some Day <天天天晴>, Off Pedder <畢打自己人>, and, Best Selling Secrets <同事三分親>.

Aside from the cast members, the producers are also excited by the great feedback Come Home Love is gaining. TVB scriptwriter, Tang Lai King, “Working in the creative field, you cannot be cut off from society. So I frequently go online to read viewers’ reactions. Not only are there praises, but there is a lot of constructive feedback that will enable us to understand what TV viewers are looking for in our storyline.”

Regarding the request to add episodes to the drama, producer Tsui Yiu On (徐遇安) expressed his thanks to the public and said that they have already contacted TVB management in hopes that they will receive the green light for the extra episodes.