“Triumph in the Skies” Opens February 19 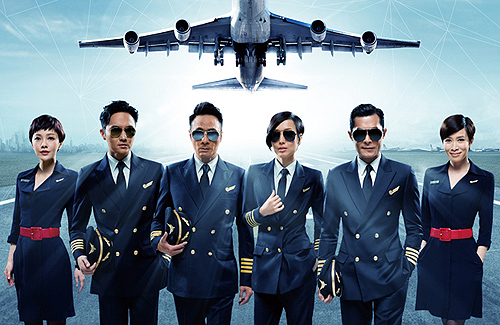 The movie version of Triumph in the Skies <衝上雲霄> will be released in Mainland China and Hong Kong on February 19, 2015, competing against Sandra Ng’s (吳君如) 12 Golden Ducks <12金鴨> and Chow Yun Fat’s (周潤發) From Vegas to Macau 2 <賭城風雲2> for the Lunar New Year box office.

After releasing the new Mainland Chinese trailer, Media Asia also revealed new character posters, which include the cast wearing pilot and stewardess outfits. It includes the tagline, “Recklessly flying after you.”

Triumph in the Skies takes place a few years after the TVB drama, and centers on three different romantic story arcs starring the six main leads.

“Triumph in the Skies” Mainland Teaser 28 comments to “Triumph in the Skies” Opens February 19