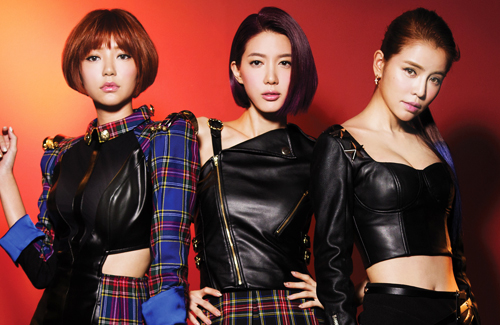 The pop-infested Beautiful Top News, which was released by Linfair Records on December 27, 2013, consists of twelve tracks, three of which are solo tracks from the group’s three members. Produced by Anthony Chu (朱敬然), David Tao’s (陶喆) frequent collaborator, the album’s lead plug “Beautiful Top News” unveiled its music video on YouTube on December 19, 2012. Combining modern hip hop melodies with 1930s throwback rock, the track is the epitome of the “DG power”, Dream Girls’ own music style. The song sends a message saying that news headlines should not be just about society, rumors, and gossip, but it should also be a medium to send more love and touching stories to readers.

The music video for the album’s second plug, “Listening to You” <聽你說>, was released ten days later. With its soothing tone and romantic lyrics, the single is a perfect song to play at weddings.

聽你說  (Listening to You) MV