G.E.M. and Yoga Lin Break Up Over Alleged Third Party? 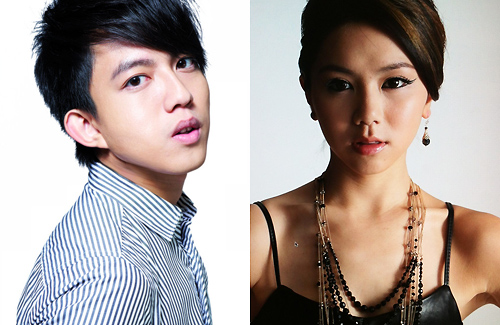 New speculations have surfaced over G.E.M. (鄧紫棋) and Yoga Lin’s (林宥嘉) rumored breakup. The couple has been allegedly on the verge of separating since February, and their responses since then have further supported the rumors. Attempting to uncover the cause, reporters recently discovered that Yoga may have cheated on his long-time love with Taiwanese singer and former EEG artist Kiki Ding (丁文琪).

Their relationship revealed after being spotted on a date in 2010, G.E.M. and Yoga have kept mum about their romance though left plenty of clues to fuel this open secret. At 2013’s Golden Melody Awards, the couple surprisingly displayed their affection in public by holding hands with each other as they entered the venue.

Although they seemed to enjoy a steady relationship, G.E.M.’s cryptic Weibo post in February initiated a series of breakup rumors. Questioning whether she should forgive someone’s repeated mistakes, the 22-year-old sounded forlorn and helpless. Yoga’s subsequent cancellation of a Hong Kong fan meeting and his sudden announcement to enlist in the army further raised alarm over their relationship.

While neither responded directly about their split, Yoga seemed to imply it through his comments about going towards different directions in life and giving his blessing regardless of the outcome. G.E.M. also silently admitted to the rumors, saying, “I am not interested in responding to any questions about him. I don’t want to talk about him anymore!”

Investigating what went wrong, local media reported that Yoga may have been secretly dating 29-year-old Kiki Ding. Sources claimed that the two were first introduced to each other many years ago through girl group S.H.E., and recently re-connected during a music festival last August. Yoga and Kiki have allegedly kept in touch ever since and have progressed beyond a simple friendship.

This latest cheating accusation also sparked rumors that G.E.M. may have turned to her long-time music producer and label boss Lupo Groinig to rebound from this difficult heartbreak. Working and travelling frequently together since the beginning of her career, G.E.M. is said to have developed feelings for Lupo and the two may have dated for the past two weeks.

G.E.M. quickly dismissed the dating rumor on March 12, noting that Lupo already has a girlfriend and that there is no truth to the gossip. “Lupo and his girlfriend are currently in a very sweet and stable relationship. I have also met her. She is very beautiful and much taller than I. Lupo and I were working in the recording studio today as usual. His girlfriend did not suddenly stop by to check up on us, which shows that she is a hundred percent confident [in us]. As for today’s reports about Lupo and I, everyone please just laugh them off!”

12 comments to G.E.M. and Yoga Lin Break Up Over Alleged Third Party?