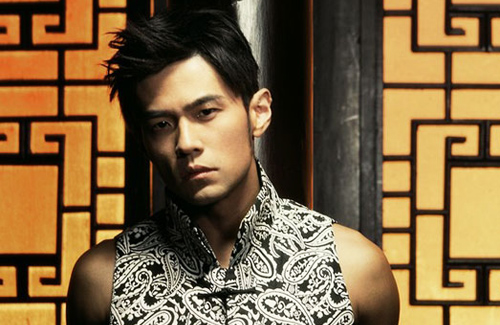 China Wind, China Wave, or Zhongguo Feng, is a pop phenomenon that first began to take flight in Hong Kong around the 1980s, a period when ancient Chinese costume dramas and films were at its peak. China Wind is described as a genre of music that involves the fusion of traditional Chinese musical elements and modern pop melodies.

Jay Chou is credited for taking the China Wind genre another step further by combining it with western musical styles, such as R&B and jazz. And thanks to him, many other artists are now doing similar changes to their music. Leehom Wang’s famous “chinked-out” genre is also very similar to Jay Chou’s China Wind style of music, but there is a difference. Leehom’s style is more concentrated; for example, one song will have a very heavy Kunqu theme, while another song will have a very obvious Tibetan instrumental theme. Jay Chou’s Chinese style seems more general, with a mash of pipa, erhu, and guzheng in one. Anyway, I digress.

Jay Chou’s first single for his upcoming album, “Red Dust Inn” is a ballad, and it’s very similar to his previous songs, so it’s nothing surprising. But it’s a good song. A great song, actually. Jay Chou’s enunciation also improved, and the lyrics are very beautiful (as expected, because they are written by Jay’s favorite lyricist, Vincent Fang).

“Red Dust” (紅塵) is basically a very poetic way for saying “flourishing society” in ancient Chinese text, but I did not get that feeling at all when watching the MV (again, maybe it’s because of the poor quality). The editing was also not done very well. I followed the story for a while, but once the MV hit the middle point, I lost track of everything. The style of the MV completely changed and I had no idea what was going on.

This is the theme song for the upcoming epic Chinese film, The Guillotines <血滴子>, which stars Li Yuchun, Huang Xiaoming, Ethan Juan, and Shawn Yue. It’s an interesting cast.

Although the MV shows clips from the film, it told me nothing of what the film is about. It also did not make me want to watch the film either.

But the song is very nice. It has a very tragic style to it. The song is written by Jay Chou, and the lyrics are also helmed by the brilliant Vincent Fang. Nothing can go wrong if these two guys are together!

Aside from the fact that MV is just a big compilation of clips from the film, the MV also features Li Yuchun, trapped in a weirdly shaped steampunk machine. (The machine really reminded me of the Supreme Leader in Michael Jackson’s Captain EO film!) She is surrounded by a series of bloodletting tubes and she looks miserable. She’s dying a very short and painful death.

This is the theme song of an upcoming epic Chinese television drama, Legend of Chu and Han <楚汉传奇>, that also stars Peter Ho. Much like Li Yuchun’s MV, Peter’s MV is also a mix of clips from the drama with intercuts of the singer singing in a random part of the studio.

However, unlike Li Yuchun’s MV, the MV started off with a clip from the drama, so I expected the MV to be, well, merely a “theme video” of the drama. I did not expect Peter Ho to randomly pop up in my screen, standing randomly and dramatically in a very cheap-looking studio. It was shocking but I had a great laugh. Minus points for the terrible editing, and plus points for making me laugh!

I am not much of a fan of Peter Ho as an actor (mainly because he is very bad at selecting roles), but I may consider watching Legend of Chu and Han after viewing this MV. I think he suits the role as Xiang Yu quite well, physically.

But I really like Peter Ho’s voice! He sings with great clarity, and he also has a great range. However, this song does not do his voice justice. The song has a very nice instrumental, but the melody has a very flat range, so in the end, the song ends up sounding quite dull.