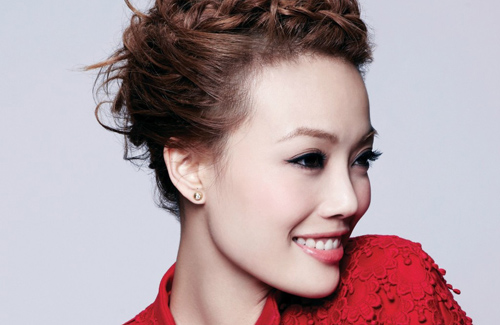 During rehearsals, Joey was on stage practicing her duet with guest host Hacken Lee (李克勤). After they wrapped up, Joey was about to begin rehearsing her own music but was interrupted by one of the show’s directors. Apparently Kay Tse‘s (謝安琪) assistant had requested for an earlier rehearsal slot and the director chose to cut short Joey’s stage time to comply with the request.

Allegedly, Joey felt disrespected and did not return for the award ceremony later in the evening, citing an illness. EEG also decided to pull its artistes Vincy Chan (泳兒) and Ken Hung (洪卓立) from the show, though ultimately agreed to let them appear after TVB put in efforts to try to repair the situation. Even so, Vincy and Ken only stayed long enough to perform their songs and left before the show’s conclusion.

Because TVB has re-directed its focus to its own record label The Voice Entertainment Group and its artist lineup, some speculate that EEG is unhappy about its diminishing status and is using this incident to express its displeasure. TVB reportedly fired two of the show’s directors in order to make peace with EEG. When reached for comment, EEG CEO Ng Yu (吳雨) said simply that both parties have come to an understanding. While he stated that no one was at fault, he seemed to mean otherwise when he added, “I hope this won’t happen again.”

TVB producer Mak Jan Dung (麥鎮東) commented on behalf of his company, saying that they will certainly invite Joey to the show again though sounded evasive when asked about the two directors’ termination. “Our staff is too big;  it is the company’s decision.”