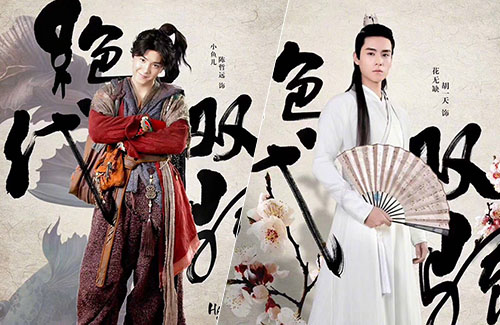 The eleventh adaptation of the popular Gu Long (古龍) wuxia novel has unveiled its character posters for their two main leads.

Zheyuan made his debut in the 2016 romantic comedy drama She’s So Pretty <她很漂亮> as a supporting actor. Yitian found fame as the lead actor in the 2017 web drama A Love So Beautiful <致我们单纯的小美好>.

Reportedly, Handsome Siblings will shoot on location across China, including Xiangshan, Wuxi, Yunnan, Ningxia, and Gansu.