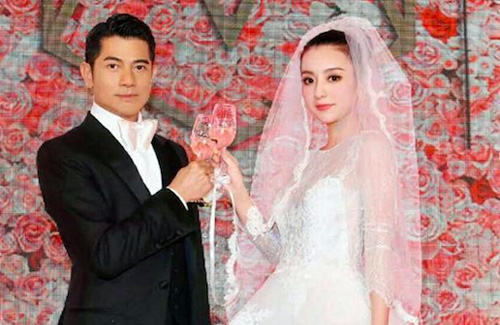 Aaron Kwok (郭富城) and Moka Fang (方媛) recently celebrated their one-year anniversary. To commemorate the blissful day, Moka shared several photos of the couple’s secretive wedding with fans online. In one of the photos, Moka was seen wearing a sheer, light pink wedding dress and a tiara. Holding a bouquet of fresh flowers, Moka resembled a princess. The magical night was further enhanced with decorations of pink roses.

Moka shared, “When a good man and a good woman come together and withstand through difficult times, they form a distinct creature with four legs and four hands. Although they have two hearts, they share a single thought, and that is to walk forward together in life through wind and rain.” Fans vehemently praised, “You are so beautiful! No wonder Aaron is so in love with you.”

Prior to Moka, the heavenly king was a commitment-phobe. Many fans thought Aaron would be a bachelor for life. However, not only did Aaron commit to marriage after meeting Moka, but the 52-year-old transformed into a loving husband and doting father. Despite his busy work schedule, Aaron was spotted accompanying his wife and daughter, Chantelle, to a restaurant to meet up with his parents-in-law a few days ago. 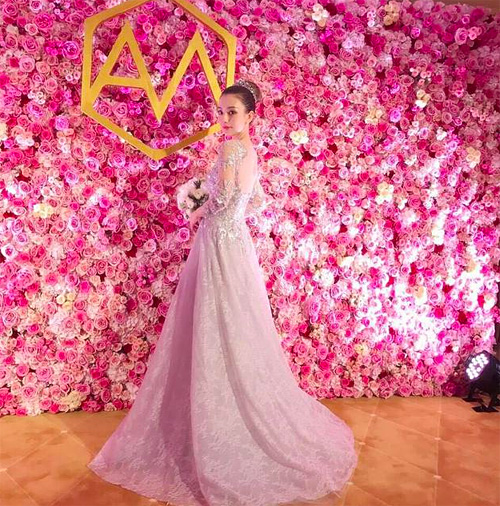