As COVID-19 ravages the world, many different industries have suffered financially, including the entertainment industry. Three Best Actor winners have taken the lead to help the industry overcome this period of hardship, and are willing to lower their fees.

All theaters in Hong Kong have closed and film production have come nearly to a full stop. Many crew members have not had work in months and are worried about their job security. While there are still some investors willing to take a risk and continue filming, they are encountering budgetary constraints. Usually the lead actor’s salary takes up at least half of the budget, so in order to lower the costs, many actors have agreed to lower their fees to guarantee jobs for everyone.

Aaron Kwok (郭富城) has discounted his filming fees by 30 percent. He is about to start filming a new film produced by Cheang Pou Soi (鄭保瑞). His original salary was to be 25 million HKD. After the 30 percent discount, it will be 17.5 million HKD. Other than Aaron, the producer and other crew members have all lowered their salaries so everyone can have work.

Aaron has always supported local films and had previously lowered his salary to support a new director. He expressed that he loves collaborating with new directors, as long as the script moves him; salary is not an issue.

Gordon Lam (林家棟) usually commands a salary of 8 million HKD. Showing support for the industry, Gordon has decided to work for free. He is slated to start filming Hand-rolled Cigarette <手捲煙> directed by newcomer Kelvin Chan (陳健朗). Gordon joked that he’ll discuss salary after the movie has made money. Given the current circumstances, he believes every industry needs to work together to overcome this obstacle. If he comes across a good script, he will always accept regardless of the salary.

The production company has emphasized that they will work within the government’s gathering restrictions, and will try to limit the number of workers needed during filming.

Andy Lau (劉德華) will start filming for Sacred Seven <七聖> next month. He is juggling multiple hats as both the actor and producer. His usual salary as an actor is over 25 million HKD and producer fees are also in the millions. However, given the current circumstances and to allow the film to have more budget in other areas, Andy only accepted one salary as an actor.

This is not the first time Andy has taken a pay cut. In 2002, the economy was not faring well and many investors were afraid to make risky decisions. At that time, Andrew Lau (劉偉強) decided to film Infernal Affairs <無間道>. Andy loved the script, but knew that there was limited funding so he cut his salary by 20 percent. As we know, Infernal Affairs was a huge success and made 55 million HKD at the box office and was the highest grossing film of the year. 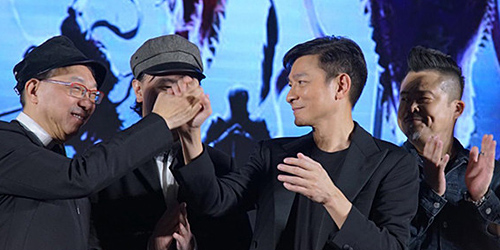 Taiwanese actor Mark Chao (趙又廷) is also rumored to have taken a 40 percent pay cut for a final salary of 3.5 million HKD. His film has halted production due to COVID-19, and he brought his wife Gao Yuan Yuan (高圓圓) and their daughter back to Taiwan for Lunar New Year.

He recently received notice from the director that he can return to to Hengdian for filming. Mark and his family traveled back to Shanghai and they stayed at a designated hotel for quarantine. Luckily, they were all healthy and after 14 days he returned to Hengdian. When he returns to Taiwan, he will also have to self-isolate for 14 days, meaning he has been in isolation for 28 days due to this film.

Normally, film production is not allowed to be delayed. If the time the actor has allotted for this film has passed, companies have to pay penalty fees based on the amount of time passed. Due to the pandemic, many actors have been waiving this fee and accepted the new rescheduled filming times.

Janice Man (文詠珊) and Raymond Lam (林峯) were supposed to start filming The Heaven Sword and the Dragon Saber <倚天屠龍記倚天屠龍記> after Lunar New Year but this has been delayed until next month. Francis Ng (吳鎮宇) and Eddie Cheung’s (張兆輝) Storm of the Century <世紀風暴> is in the same situation. Donnie Yen (甄子丹) started filming for Polar Rescue <極地搜救> in December last year and due to the pandemic, filming has been delayed until November of this year. He specifically switched his filming schedules and waived the delay fees. 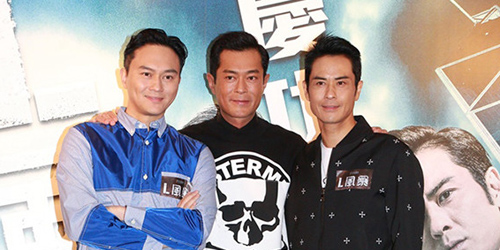 Many films have also been put on a temporary hold. Louis Koo (古天樂) and Chilam Cheung’s (張智霖) G Storm <G風暴> started filming end of last year, and there was a small portion left that was supposed to be finished after Lunar New Year. The movie has been put on hold until the end of the pandemic. Michelle Wai (衛詩雅) was also supposed to start filming in March, but her movie has been put on hold as well. She will be taking this time to rest and properly prepare herself for the role.

The television industry has also been impacted by COVID-19. Dee Hsu (徐熙娣) and Kevin Tsai (蔡康永) host the popular talk show Truth Everything 2 <花花萬物2>. At its peak, it had a click rate of 120 million. However due to the pandemic, they have lost half of their advertisements and production fees have gone down from 15 million to 7 million yuan per episode. Since January, many production workers and crew members have gone without pay. The two host’s salaries have also been delayed. In order to continue filming, they have decided to move the filming set from Beijing to Taiwan, the two hosts have also agreed to reductions in their salaries.

The government’s crisis response package has not been helpful for many workers in the entertainment industry. Many singers have also had their concerts cancelled or delayed, and many crew members have been going on five months without any income.

Sam Hui (許冠傑) was originally supposed to have his concert at the Hong Kong Coliseum in July and now it has been cancelled. After an audio engineer who has worked with him for over 30 years was laid off, Sam decided to donate $250,000 HKD to help these workers overcome their financial difficulties. He also live streamed a free concert to help spread positivity, and hopes that it will encourage other singers and celebrities to do their part in helping others overcome the pandemic.