Cantopop singer Alfred Hui (許廷鏗) has been plagued by rumors that he is gay ever since he was photographed behaving intimately with male friends back in 2012. He was seen kissing a male friend named Kenny in a park, as well as acting intimately with Jade Kwan’s (關心妍) male assistant, Ah Siu (阿小), in a taxi. Although it was later speculated that Alfred turned straight by dating Joyce Cheng (鄭欣宜), recent tabloids pointed out that she might be just a cover-up. Allegedly, Alfred and Ah Siu’s relationship has further progressed and they are currently cohabiting.

According to an insider, Ah Siu moved into Alfred’s Pristine Villa home located in the Tai Wai district half a year ago. Reporters have already spotted them leaving the flat together twice in just one week. The insider exposed, “Ah Siu spends a few nights each week at Alfred’s place. Alfred rarely goes out, so Ah Siu would buy takeout and bring it back for him. They’re very cautious each time they leave the house and would make sure nobody is around.”

Last Thursday at around 9:30p.m., Alfred and Ah Siu boarded a friend’s BMW and headed to Chik Fuk Street in Tai Wai, where a restaurant employee was waiting with their takeout food. On Saturday at around 6:00p.m., Alfred and Ah Siu were spotted leaving Pristine Villa once again in the same BMW with Joyce Cheng and two other men. The group arrived at Tai Po Hospital to visit a friend and all donned facemasks. Alfred left the car first with the two other men, while Joyce and Ah Siu got off a minute later. Seemingly in a happy mood, Ah Siu even carried a bounce in his steps. He is chubby in figure, has long hair, and dressed like a woman.

Alfred and Joyce did not exit the hospital until an hour later. Spotting nearby reporters, they quickly boarded the BMW and left with one of their other male friends. Fifteen minutes afterwards, Ah Siu and the other man walked out of the hospital and noticed the car had left. Ah Siu spoke into his phone and later angrily boarded a taxi headed in the Ma On Shan direction.

Unable to reach Alfred, reporters contacted Ah Siu for information regarding the hospital visit. “We were just there to visit a sick relative we all happen to know,” he explained. In terms of his gay rumors with Alfred, Ah Siu emphasized they are only friends and denied they are cohabiting. “No, of course not. There is no such thing.”

Last night, Alfred posted on his Weibo profile in response to the speculations. He expressed being partly responsible for the existence of such news, claimed the cohabiting report is a misunderstanding, and insisted he is still living with his family. Alfred added an apology towards Jade and especially Ah Siu for having to take on such a name. Lastly, he asked for everyone’s respect towards others and themselves. 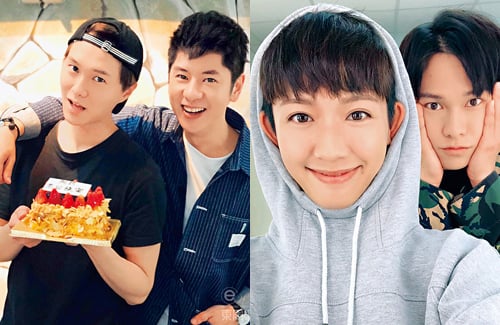 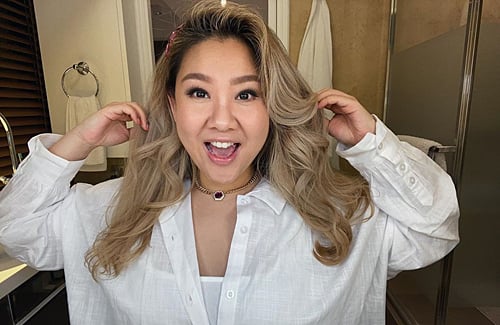 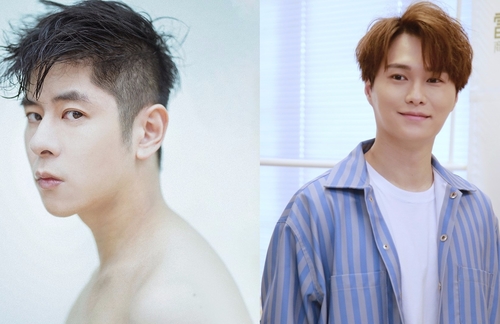 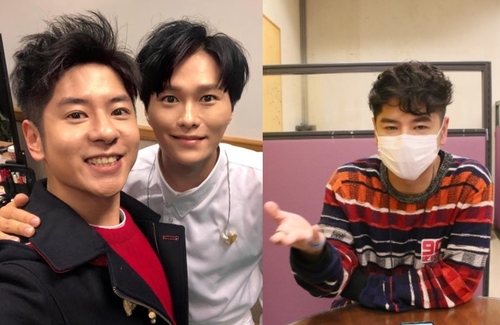