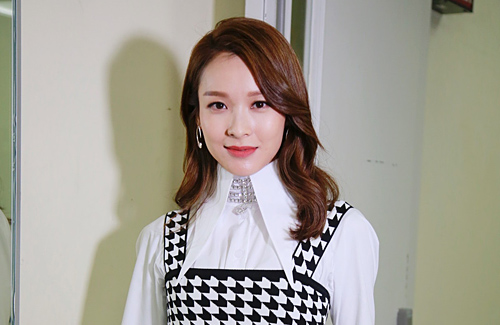 Broadcast last year, TVB drama Big White Duel <白色強人> received good ratings and was a big winner at the TVB Anniversary Awards. TVB plans to film the sequel at the end of this year, but Ali Lee (李佳芯.) will not be in the new drama. With Ali also excluded from the sequel of Who Wants a Baby <BB來了>, many believe that she is still frozen by TVB for her outspoken pro-democracy comments last year.

Appearing at the filming for Cantopop at 50 <流行經典50年>, Ali said she only learned that she is not part of the Big White Duel sequel after reading the news. “If I’m here for filming today, does this mean I’m frozen? I don’t know anymore, and I’m not going to speculate. I’m just going to focus on doing my best. I have heard rumors of a sequel, but I had only learned that I’m not part of the production through the news. To be honest, I’m not sure myself. There are many moving parts right now, and everything is up in the air. I’m just waiting for management to notify me of the next steps.”

The media asked if she was planning on clarifying the rumor with management and she replied, “No, I’ve been pretty lazy lately. I don’t plan on clarifying. I just read the news and let it be. Recently, I’ve been staying home to write my book. Other than for work, I don’t leave my house.”

The last episode of Big White Duel ended with a cliff-hanger, as Ali’s character was working with Doctors Without Borders and was held at gunpoint by a militant. The drama ends at that moment and leaves the audience wondering whether her character survives. If she does not join the sequel, her character had died. Ali added, “Maybe she really did die. I had asked the scriptwriter, and he said in order to have a great ending, then she probably should have died. If the sequel does not have my character in it, I’m okay with that too.”

Other than her book of short stories and another job, Ali doesn’t have any other work planned at the moment and will wait for TVB to notify her.