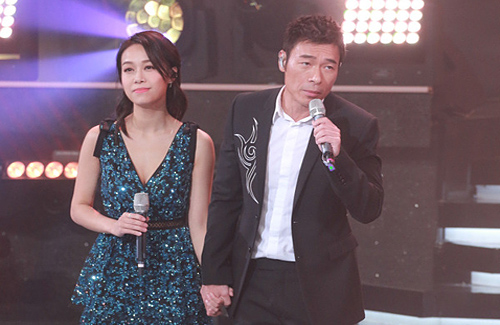 Since their headline-making cheating scandal last year, Andy Hui (許志安) and Jacqueline Wong’s (黃心穎) reputations were badly tarnished, and all of their work were halted. Andy, who publicly apologized and admitted to being a “bad person”, also had all his jobs cancelled, including a gig originally scheduled at the Hong Kong Coliseum last year. Dodging from the public for a year, Andy is finally ready to be back on television this year.

Meetup With the Press Likely

Making an apology only on social media for getting involved with Andy, Jacqueline’s scenes in Forensic Heroes 4 <法證先鋒IV> were deleted while her dramas Handmaidens United <丫鬟大聯盟> and Finding Her Voice <牛下女高音> were aired without her appearing for promotion efforts. Immediately after the scandal, Jacqueline was in the United States for nine months. After her return to Hong Kong, Jacqueline has patiently waited but with no date in sight for a comeback.

On the other hand, Andy was recently invited by ViuTV to appear on the music program Chill Club as a guest star to deliver his classic hits. Besides delivering his own songs, Andy will reportedly join either of the program hosts Bondy Chiu (趙學而) or Thor Lok (駱振偉) in a duet.

It was said that Andy pondered over the invitation for a long time after receiving it, eventually deciding to accept it with the support of his wife Sammi Cheng (鄭秀文) and his old friends. The program is scheduled to be filmed on June 16, and Andy is believed to make an official press appearance then.

In the past year, Andy had been entirely under the limelight without any official activities, besides being spotted dining out or on dates with Sammi now and then. With their marriage surviving such a huge crisis, it seems they are now more loving than ever.

On June 13, Sammi wrote a lengthy, reflective post on social media, “Everything is…unexpected. Life, is full of surprises.” Although she was philosophizing about life from her experience of being stuck in a traffic jam, her repeated use of the Chinese idiom “beyond the dark willows and bright flowers lies another village” seemed to hint at her looking forward to husband Andy’s comeback.

In the industry for over 30 years, Andy made his debut as a singer and has accumulated countless classic hits over the years – making his comeback on a music program fitting.