Haters always hound after popular artists, and it’s no different for Mainland Chinese actress Andy Yang Zi (杨紫), who found a surge in fame from her hit dramas Ashes of Love <香蜜沉沉烬如霜> and Go Go Squid! <亲爱的, 热爱的>. Recently, her upcoming historical costume drama The Golden Hairpin <青簪行>, which is still in production due to delays from the COVID-19 outbreak, has been bogged down in controversies and negative rumors regarding Andy. 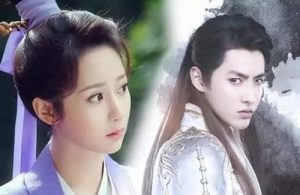 The 27-year-old posted a long message addressing the accumulation of negative reports, including the rumor that she has not returned from her sick leave to Beijing, where she was going to visit a hospital. It was speculated that she continued to stay in a hotel in Beijing and did not return to the filming set in Xiangshan. Reports also said Andy would need to go through another two weeks of quarantine before being able to work again. The allegations sparked outrage among netizens who condemned Andy for obstructing filming.

Although Andy had returned to Xiangshan immediately after her visit, the bashing continued since her costar Kris Wu (吴亦凡) and the production team have not addressed the allegations. Haters are still persistently attacking the actress for slowing down the filming pace of the entire production and wasting Kris’ time. To dismiss the rumors for the second time, Andy posted a photo of her surroundings and wrote, “Getting off work. The crew’s magic weapon to relieve the summer’s heat.”

Her picture and caption prove that she is filming on set and not relaxing in a Beijing hotel as reports have claimed. 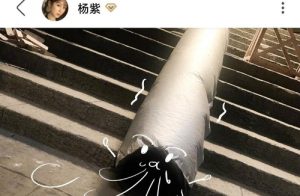 On top of the negative reports, the work conditions have also taken a toll on Andy. She revealed in her long post that everyone is suffering from immense fatigue due to the extremely tight filming schedule. She disclosed that everyone has dark eye circles when they start work at 4 a.m. Also, the hot weather is making it tougher for the artistes to wear heavy layers of historical costumes, especially since the set does not have many gadgets to relieve the heat either.

Despite the hardships, Andy is dedicated to her work and upholds her responsibility as an actress. She promised that she is going to do her best, so everyone will look forward to watching The Golden Hairpin.