Angie Cheong: “My Son is an Angel Looking Over Me” 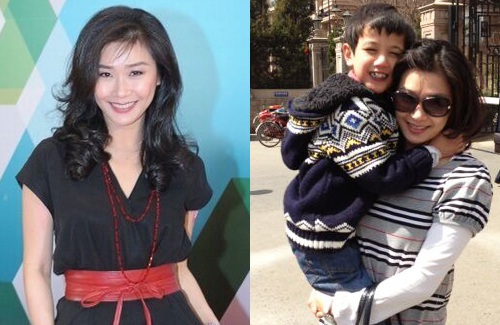 Angie Cheong (張慧儀) is content with single life, but that does not stop her from having the heart of a mother. The Never Dance Alone <女人俱樂部> star is a devoted mother to 10-year-old Hanson, whom she adopted from Beijing when he was two years old. At the time of adoption, Angie knew about Hanson’s congenital heart disease – a condition so serious that he once stayed in a coma for nine weeks – but she insisted to take him home.

Hanson knows his condition is unpredictable and terrifying, but Angie would calm her son down by telling him heartfelt stories. “I told him that he is a little angel whom the Heavens have sent to me, that he is here to change me and teach me to be better. Although I am a kind-hearted person, I still have many bad habits that I need to correct. I will give a lot of love and care for him. He has a congenital heart condition, but even so, he is unafraid of suffering. He would still raise his hand to help me, and because of that, he has come into this world to be my son. If one day, he does leave me and gets sent back to the Heavens, it means that I’ve already changed for the better. Sometime, we will reunite in Heaven.”

Hanson’s adoption center was initially hesitant to have Angie sign the adoption papers. Since Angie is an entertainer, the center feared that she was only adopting on a whim, but despite her busy schedule – handling acting jobs and her own business empire – she made sure she is always at home on the weekends to be with her son.

“It can be physically demanding, but my mind is calm, satisfied, and happy. Actually, happiness is very easy to achieve.”

40 comments to Angie Cheong: “My Son is an Angel Looking Over Me”