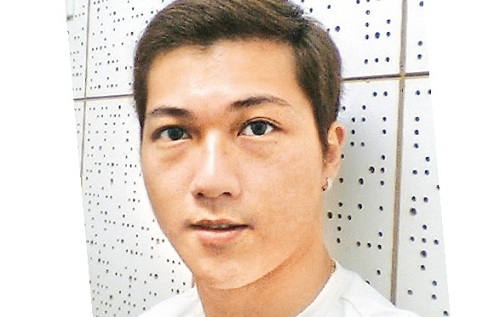 Many Hong Kong female artists were shocked by the rape case of a 23-year-old TVB actress, who was allegedly raped by a friend while she was drunk. Many female artists urged that it was critical for women to avoid a potential rape situation and protect their own safety. Meanwhile, several artists, were in disbelief that the alleged rapist was music producer, Lee Ming Ho (李銘豪), who appeared to be a nice man in their encounters!

Since female artists worked odd hours at night due to work requirements, they were often exposed to higher risk factors. Experienced actresses shared their advice on how women should protect themselves.

Joey Yung (容祖儿) urged women to not drink alcohol. If they must do so, they should drink alcohol at their friend’s house. Otherwise, they will only be hurting themselves. Joey said that she will only drink when with a group of close friends. Joey said, “Some men will become extremely warm after drinking, patting my thighs and giving me hugs. I will immediately move away. It is important to know how to protect yourself and not feel uncomfortable. I will unapologetically push him away! If he does not respect me, I will not respect him either!”

Natalie Tong (唐詩詠): “I read in the newspaper about the rape. She is only 23 years old; it is very shocking! I was a model at 20 years old and entered TVB afterward. It was necessary to appear at many functions in the middle of the night. My mother even accompanied me at times. The rape victim trusted the wrong person! She has to know how to protect herself!”

Sire Ma (馬賽): “I was very scared and shocked when I heard about the rape! Also, since the victim is a TVB artist, I am even more concerned. A woman should never allow herself to get drunk! After you get drunk, you lose your alertness. Even if the man were a good friend, there is no guarantee that something inappropriate will occur after he gets drunk!”

Grace Wong (王君馨): “I rarely drink alcohol. Even if I were to go out, I will go with a group of close friends. You have to be careful when you are alone with a man; you have to be alert!”

Candy Chang (張慧雯) was speculated to be the rape victim by some netizens. Candy said helplessly, “I participated in Miss Chinese International, but I was never in a singing contest! An artist should know how to protect herself. She should not trust a man so easily! Even after you have known him as a friend for a long time, you still have to be careful! It is best for a girl to reduce going out late at night.”

The allegations that VI-MAX Music Studio founder, Lee Ming Ho was the rape suspect shocked artists who have worked with him in the past. Many singers expressed their disbelief, claiming that he was a nice and respectful individual.

Jade Kwan (關心妍): “Lee Ming Ho (the rape suspect) is quite nice. Each time, we will talk about our pet dogs. Although each person desired their own degree of freedom, a girl should know how to protect herself.”

Mag Lam (林欣彤): “I have visited [VI-MAX Music Studio] to record songs. I felt that he (Lee Ming Ho) is well-mannered. He does not appear to do something like this [rape]. He was not flirtatious either. He is a dog owner and we will chat a bit about our dogs.”

G.E.M.: “He [Lee Ming Ho] has a dog inside his music studio. He knows that I am afraid of dogs. Each time I go to his studio, he will put the dog away. He will greet me each time, while asking to take a photo together at other times. I have never gone drinking alone with another man. I have never hung out at a bar and Lan Kwai Fong. I will only ask close friends to drink at my house, while will guarantee safety.”

Jayne: Listen to your female friends and mothers. A woman should take greater precautions to avoid potential rape situations.

The rape statistics are staggering, and 77% of rapes are committed by non-strangers! A woman is four times more likely to be raped by an acquaintance than by a stranger. Do not lower your alertness just because you are in the company of a man considered to be a friend. To learn more about acquaintance rape, please visit The National Center for Victims of Crime.