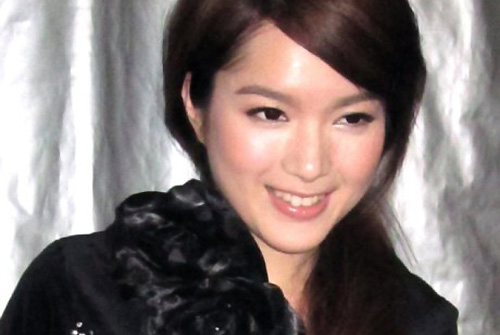 The “Six Beauty Warriors” were one of the first to step up to support Christine Kuo (苟芸慧) when rumors of her being the third party in Aaron Kwok’s (郭富城) relationship with Lynn Hung (熊黛林) surfaced on tabloid news reports last week. Christine Kuo’s Beauty at War <金枝慾孽貳> costars, including Christine Ng (伍詠薇), Rachel Kan (簡慕華), Leung Ka Ki (梁嘉琪), Rachel Poon (潘曉彤), and Christine Ng’s assistant “A”, developed a close relationship with each other during their one-month stay at Hengdian World Studios last year.

“We called ourselves the six warriors because we all have very positive and strong personalities,” explained Christine Ng.

Christine Kuo was reported to be extremely stressed about her rumors with Aaron and has cried over it.

Christine Ng said, “She’s doing okay now! I told her that if she didn’t do it, she shouldn’t cry. I don’t help everyone. She’s a good girl, and as a friend, I will stay supportive by her side!”

Leung Ka Ki said, “If you’ve been with Christine long enough, you’ll know that she is the kind of person who is afraid to inconvenience others. She will not cause trouble. Maybe it’s just a misunderstanding! I believe that she isn’t the third party. I told her not to cry, because it takes time to know a person well, and I’m sure that others will eventually grow to understand her.”

Rachel Poon agreed with Ka Ki and said, “Christine is a very sweet and understanding girl. She is not someone calculative, and I one hundred percent support her!”

Christine Kuo is deeply moved by her friends and expressed her gratitude for their unconditional love and support. “I am so thankful for their trust. I left my hometown to come to Hong Kong and work. I don’t have my family by my side, but I have such great friends for support, and it is very heartwarming. I will not be unhappy, and I will stop crying!”