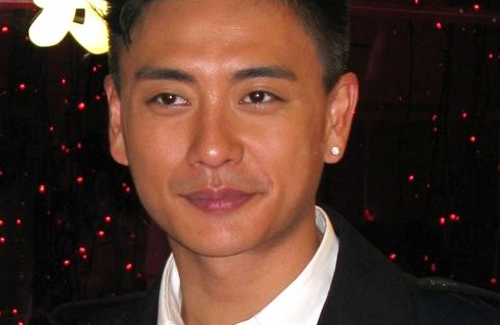 Bosco Wong (黃宗澤) and girlfriend Vanessa Yeung (楊崢) were likely driven by good intention when they chose to publicize their relationship. The public’s reaction has been mostly negative, and the two have been fielding harsh questions about Vanessa’s romantic past. Recent rumors alleged that the couple is under extreme pressure and may have even broken up. Tired of being interrogated about his relationship’s every detail, Bosco now keeps his lips sealed, no longer wishing to address baseless gossips.

Since Vanessa admitted to being Bosco’s girlfriend, local media has been scrutinizing her entire past. From labels from being a boyfriend stealer to being a gold digger, the model was depicted as a scheming woman hungry for Bosco’s status and wealth. Unfavorable comments from her industry colleagues further tarnished her image, and no one seems willing to step up to vouch for her character.

More recently, reports claimed that Bosco’s mother is unhappy with Vanessa and has even lectured her son over his unlikely romance. Vanessa apparently refused to have children in the future, which made her lose favor with Bosco’s mother.

Vanessa has also cancelled appearances and returned Bosco’s antique car, prompting speculations that the couple is headed towards splitsville.

At a TVB event on February 26, Bosco seemed tired and helpless about the wide-spreading gossips. He declined to comment on his mother’s opinion on his new girlfriend, and said nothing about break-up allegations, asking for the space to work out personal matters. Frustrated by the endless questioning, Bosco begged, “I’ve talked about this every day, you guys are tired too right? Give me a way out.”

Running into former love Myolie Wu (胡杏兒) at the same event, Bosco did not acknowledge her and kept a physical distance. Myolie also busied herself with reporters, making no eye contact. When asked about Bosco’s mother’s opinion on Vanessa, Myolie quickly distanced herself from the controversy. “It’s just a rumor! It is not my place to comment on someone else’s matters. I wish them happiness!”