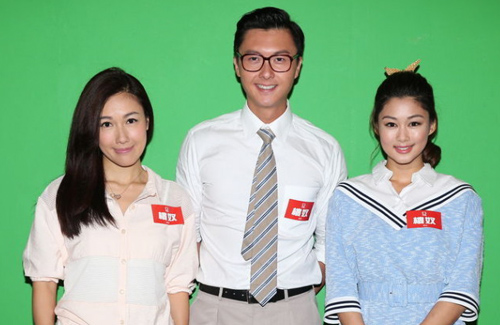 Premiering on August 3, Brick Slaves <樓奴> is an upcoming TVB drama that discusses the struggles faced by young people in Hong Kong when purchasing their first properties.

The story begins with Lou Yiu Ming (Vincent Wong 王浩信)), who is preparing to marry his girlfriend and puts all of their savings towards the down payment for an apartment. Unfortunately for Yiu Ming, his girlfriend breaks up with him and secretly leases the apartment to piano teacher Tsai Jian Ching (Selena Li 李施嬅).

Heartbroken, Yiu Ming faces yet another setback in life when he gets retrenched from his job. For the sake of meeting his mortgage payments on the apartment, Yiu Ming is forced to live with Jian Ching and put up with her strict demands. The two often argue over their differences but Yiu Ming discovers one day that there is a lot more to Jian Ching than meets the eye.

Yiu Ming eventually finds a new job with a property company. Yiu Ming’s employment by the company however causes colleague Lao Bi Dat (Evergreen Mak 麥長青) to lose his chance for a promotion. As a result, Yiu Ming and Bi Dat have a strained relationship.

6 comments to Synopsis of “Brick Slaves”