Carina Lau Has Forgiven Her Abductors 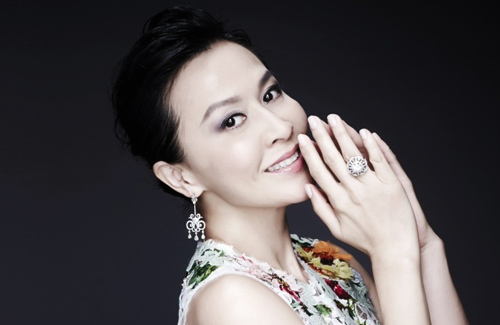 In an interview with Luisa Maria Leitão (黎芷珊) on Telling Maria <最佳女主角>, Carina Lau  (劉嘉玲) will appear as a guest and chat openly about her personal experiences, including her abduction by triads in 1990. She has forgiven her four abductors, who were only taking orders. Carina said that she would even like to meet her abductors face-to-face again.

Maria’s three-hour interview with Carina will be aired in four episodes of Telling Maria. After talking at length with Carina, Maria has only utmost admiration for the 48-year-old actress. Maria shared, “She may be beautiful on the outside, but she is definitely not a weak beauty. She is a very strong and heroic woman. Her courage in talking about her past will give a positive message to everyone.” Maria remarked that Carina’s poignant experience should be published  in a book.

In April 1990, Carina was abducted for several hours and nude photos of her were taken. The abduction was ordered by a triad boss after Carina refused a film project. The publication of the nude photos 12 years later by East Week only added insult to the injury. Twenty-three years later, Carina has not only already forgiven her four abductors, she also magnanimously thanked them for not violating her.

While attending the charity event organized for the prevention of gynecologic cancer yesterday afternoon, Carina shared some tidbits of her interview. Like fighting cancer, Carina felt that the biggest obstacle to overcome painful experiences is oneself. “ Now when I am interviewed, I don’t have a taboo topic. It’s most important that I can live past my own criticisms.”

Fortunately for Carina, the support she got from then-boyfriend, Tony Leung Chiu Wai (梁朝偉) and close friends helped her through the ordeal. In spite of her toughness when talking about the abduction, there was a moment when Carina could not keep tears from streaming down her face. She regretted that she caused her parents worry, “When I went home, my parents did not ask a single question. My mother continued with her chores. They did not wanted to give me added pressure but seeing them like this, I felt really miserable!” Like all parents, Carina’s parents only wish for her is to be healthy and happy. Although Carina’s father passed away, her mother still remained in Shanghai, living a simple life and not interested in the material comforts offered by her daughter.

Regarding the recent Chinese report that Carina is one of the richest women in China, Carina laughed and said, “The report was trying to be sensational. Don’t believe it. I belong in the working class!”

57 comments to Carina Lau Has Forgiven Her Abductors