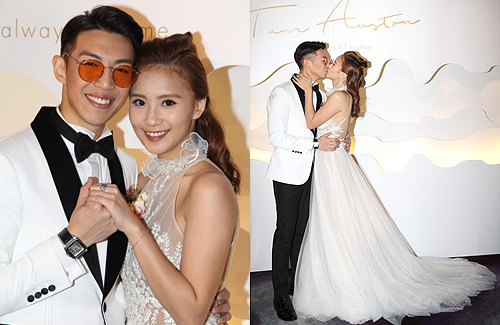 2018 has definitely been a year for marriage and babies in the Hong Kong entertainment industry. Another TVB couple, Auston Lam (林師傑) and Tammy Ou Yang (歐陽巧瑩), tied the knot at The Mira Hotel in Tsim Sha Tsui today. 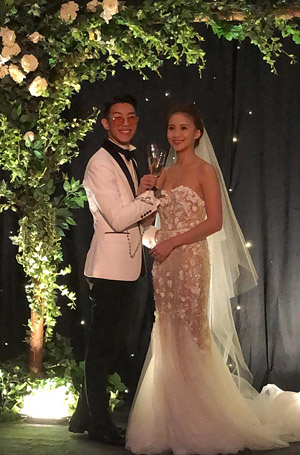 Auston is well known for his role as the masked singer, “Pinocchio”, in Come Home Love <愛·回家>. In 2015, Auston began dating former Miss Hong Kong 2013 contestant, Tammy, and became engaged at the end of 2017.

The bridal party accompanied the couple as they greeted the media and Auston showed his affection for Tammy by saying “I love you!”

When asked about the bridal pickup games, Auston expressed, “Today is a very happy occasion and I know that everyone is really busy so we didn’t follow through with that tradition. But I did get up at 6 a.m. to prepare in hopes that we will have a successful marriage.”

The bride shared how nervous Auston actually was for the big wedding. She said, “We have been dating for four years and I have never seen him so nervous. I could feel him sweating and hear the stress in his voice. I’ve never seen him like this; it is really cute!”

Though there were some problems with the wedding location, it did not stop the wedding from being a huge success. Auston even wrote a song called “Beautiful You” <美麗的妳> for his wife in which he sung alongside his groomsmen.

Asked about their baby plans, Tammy bride shared, “I don’t want to be a parent just yet. Maybe in two years time so we can enjoy some time alone.” Auston followed, “I want to earn more money first, but I really love kids. I hope to have one boy and one girl. Hopefully we can raise them well; I’m just scared they will have problems in school. Since my career isn’t rocketing yet, I know it’s important to spend more time with kids, just like how my family had raised me.” 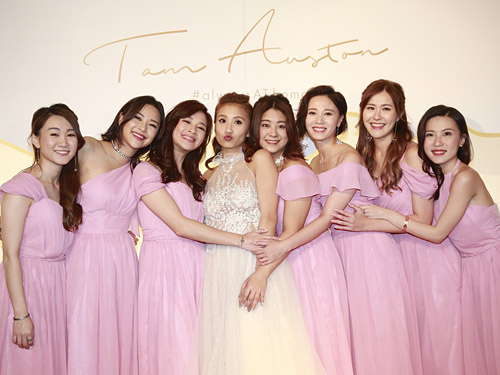 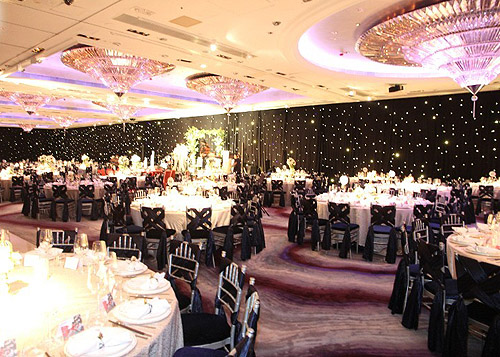 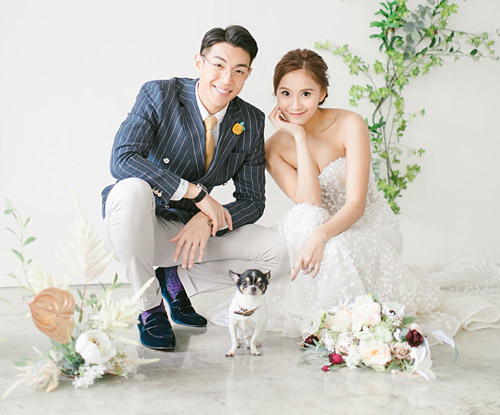 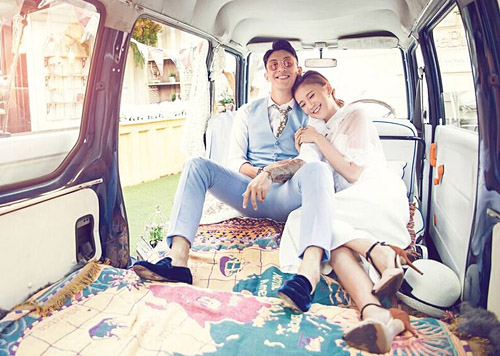 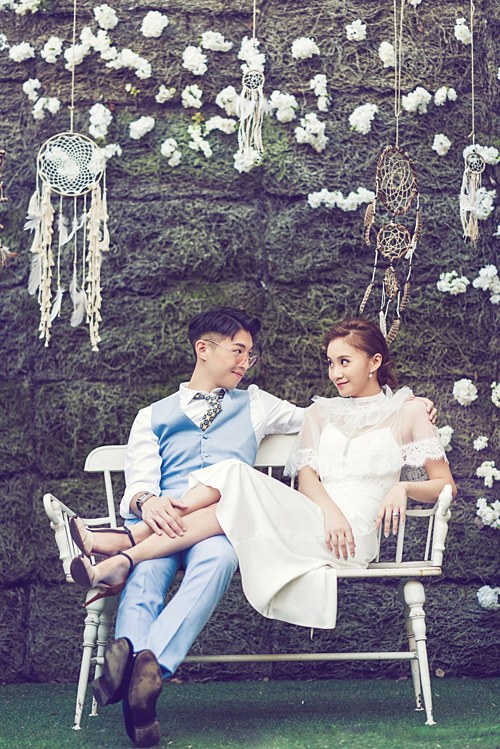