After dating for eight years, 47-year-old Hong Kong singer William So (蘇永康) finally tied the knot with 38-year-old girlfriend Anita Fung (馮翠珊) on December 2. Since William has a wide circle of friends in the entertainment industry, over 100 celebrities attended the wedding celebration.

Eason Chan (陳奕迅) and his wife Hilary Tsui (徐濠縈) were the couple’s witnesses at the marriage ceremony. Feeling blessed to have such wonderful friends, William reminisced, “I want to thank Eason and Hilary – without them, everyone would not be able to gather here today. We [Anita and I] met at their wedding and it’s very touching to see them as our witnesses.”

During the bridal games in the morning, William proudly shouted, “I’m a slave to my wife!” and admitted that his wife has full control over his financial assets. Pulling lyrics from his love songs, William promised, “I’ll only let my wife cry tears of happiness!”

William explained that the couple got along very well during their eight-year relationship. “We rarely argue and will discuss many issues together. Since we’re able to see our love come to fruition today, we’ll mutually respect each other in the future.”

Since the majority of his friends are Hong Kong singers, William especially set up a stage and allowed his friends to sing their way through the wedding.  At the height of the ceremony, Dicky Cheung, Eason Chan, and Alex To grabbed their guitars to form an impromptu band and toasted the newlyweds with love ballads. With over dozens of singers who graced the stage with their voices as a congratulatory present, William’s wedding ceremony was more entertaining than a real live concert.

During the bouquet toss, Joey Yung tried to avoid catching the flowers. However, the other single ladies dodged away and Joey ended up with the bouquet in her hands. She joked, “Including this time, I have already caught the bouquet countless times. Would it have an opposite effect?” William assured her, “My wife has been a bridesmaid many times and she can still get married!” 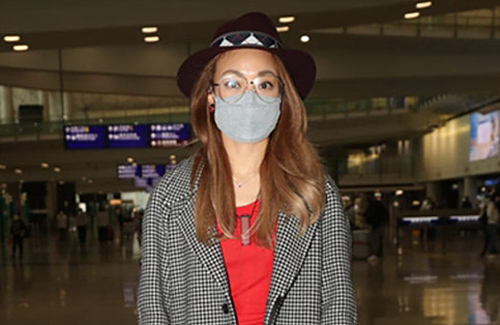