Charmaine Sheh (佘詩曼) is no stranger to mainland Chinese variety shows and dramas after redirecting her focus to the mainland Chinese market for career expansion. Having come a long way since her debut at TVB, the 45-year-old recalled the struggles that she faced in her journey to fame on the variety show Shining Talk <發光的姐姐>. 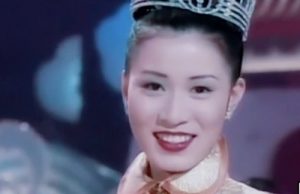 At 22 years old, Charmaine stepped foot into the entertainment world after snagging second runner-up at the Miss Hong Kong 1997 pageant. Heavily promoted by TVB, producer Lee Tim Sing (李添勝) saw a lot of potential in her and cast Charmaine as the female lead in The Flying Fox of Snowy Mountain 1999 <雪山飛狐>. TVB was afraid that the meaty role would give Charmaine too much pressure, so they arranged for her to first star in Time Off <生命有TAKE2> to ease her into the spotlight. However, TVB’s efforts were in vain, as the young actress still had a difficult time immersing herself in her role, given it was her first acting experience, and struggled with the crying scenes.

When The Flying Fox of Snowy Mountain 1999 aired, viewers were quick to criticize Charmaine’s poor acting skills and “chicken voice.” “They said my voice was too light and low,” she shared. “All sound operators would ask, ‘Can you speak louder?’ and I would answer yes, but it was still too soft.” 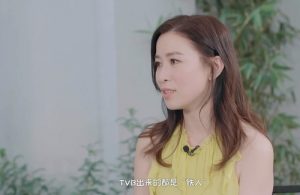 Yet, regardless of criticism, Charmaine’s fame continued to grow as she filmed numerous dramas during her 14 years at TVB. However, the more successful she became, the more stress and pressure weighed on her shoulders. She disclosed that she once didn’t sleep for five days and four nights due to her filming schedule. The actress thought she was going to burn out and die, and after that experience, she couldn’t even gain weight healthily. “If you are the female lead, you are filming 16 to 18 hours a day for sure,” Charmaine candidly said. “Why do people think that TVB artistes are made of steel? It is because of this. In my opinion, it’s good training because you won’t be afraid of anything after going through it.”

The extreme filming hours eventually took a toll on her, and in 2011, she transitioned to a per drama contract. Two years later, Charmaine officially moved into mainland China’s entertainment industry, hoping to work with new actors and create new chemistry. She explained, “I basically worked with every TVB actor, producer, director, so I wanted to try something new.”

Despite her achievements at TVB, including her Best Actress awards in 2006 for Maidens’ Vow <鳳凰四重奏> and 2014 for Line Walker <使徒行者>, Charmaine does not see such success replicating in mainland China. Though her acting is affirmed, she laughed and said she probably wouldn’t win Best Actress in mainland China even if she plays the lead actress. “I might be A-list, but good drama scripts might not necessarily fall into my hands, given how big the competition is. I also don’t know how to speak Mandarin,” Charmaine acknowledged.

Nevertheless, her performance in Story of Yanxi Palace <延禧攻略> only established her footing in the Chinese entertainment industry further and showed her continuous ability to grow in the field.