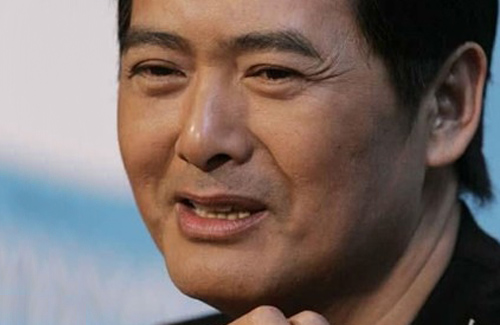 Already a role model for his frugal lifestyle, Chow Yun Fat (周潤發) is planning to take one more step towards perfection by declaring that he will donate his $1 billion HKD fortune to charity after his death.

Despite being an international film star, Chow Yun Fat still sees himself as an average man. Humble and gracious, he has long since won the battle against materialistic temptations and finds joy in a simple existence. While many of his colleagues choose to spend their paychecks on cars and name-brand outfits, Chow Yun Fat is happy to hop onto a crowded bus with the public while dressed in clothes purchased years ago. Surprisingly, the superstar is rarely recognized. “Ninety percent of the people on the subway would be staring down at their phones. Who would even notice me? It’s like stepping into an abandoned land!”

Like many from his generation, Chow Yun Fat finds no benefit from having a smart phone and remains loyal to his standard model. However, he is probably quite skilled with taking cellphone photos as those who do recognize him often ask for a snapshot as keepsake. Even if he is trying to catch a taxi or doing grocery shopping at a public market, Chow Yun Fat would always smile and pose with his fans.

His kindness and respect for others ironically made it difficult for him to ask for help. While he spoke about the advantages of not owning a car, Fat Gor also revealed another major reason that encouraged him to use public transportation. “If I hire a driver, I would feel bad because he would have to wait for me all day long. I would be anxious because I know that someone is waiting for me. It would be very frustrating!” Instead, he finds freedom in being responsible for his own needs and raves about the ability to sight-see and people-watch as he strolls the local streets.

Successful financially, Chow Yun Fat is grateful to his mother for teaching him early on to save ten percent from every paycheck and calls thriftiness a virtue. Childless and approaching old age, he plans to donate everything to charity when his time comes as a way to give thanks to society. “I feel that the money does not really belong to me. I am just in charge of keeping it temporarily! I will definitely donate it all! I will give it to charities that need it the most.”