Despite His “God-given” Talent in Comedies, Dicky Cheung Wants to Do Volunteer Work to Touch Lives 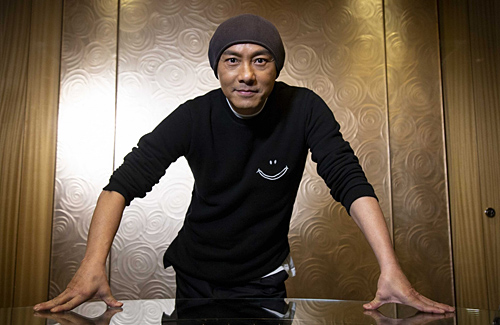 While Dicky Cheung (張衛健) is considered to be one of the most talented television actors, his success did not come easy.

Dicky entered the entertainment industry in the early 1980s. Although he won the New Talent Singing Awards in 1984, he continued to struggle and continued to work as a low-paid actor and singer. Dicky’s big break came when he brilliantly portrayed the Monkey King in the popular 1996 drama, Journey to the West <西遊記>. Hoping to take advantage of his newfound popularity, Dicky requested for new contract terms with TVB and a raise. The negotiations fell through and Dicky left the company and tried his luck in Taiwan. Needless to say, the witty actor soon found success throughout Taiwan and Mainland China, portraying lead roles in notable dramas such as Young Hero of Fong Sai Yuk <少年英雄方世玉>, Duke of Mount Deer 2000 <小寶與康熙>, and Taiji Prodigy <少年張三豐>. 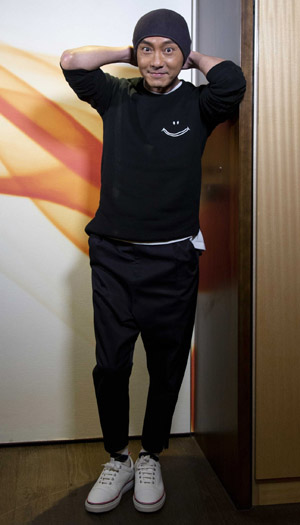 To this statement, Dicky said, “God gave me the talent to film comedies and to be creative with comedy. A true comedy is not about just finding an actor to portray the role. I don’t deny that God has given me the gift (to be creative). Other than Hong Kong, I have also gone to Mainland China. I had to get used to filming comedies in Mandarin. It was extremely difficult, but after a period of time, I finally did it. Other than my own career, if I am able to help reduce the audience’s stress [with my entertainment work], then that is the best reward.”

After more than 20 years away from Hong Kong television, his recent drama, The Learning Curve of a Warlord <大帥哥>, aired to much positive review. Other than continuing his filming work, Dicky also has plans to return to the music scene and hold a concert next year.

In addition, Dicky also hopes to venture into church volunteer activities. This decision came during a very emotional time for Dicky and he reflected, “At the beginning last year, my younger brother passed away. I planned his funeral. I attended the Requiem Mass with a very confused and disordered mindset. I walked into the church very confused, but saw someone walk up to me and shake my hand. This person smiled lightly at me and introduced himself, saying, “I am a volunteer for Henry’s Requiem Mass tonight. Please be assured that everything will run smoothly tonight. Condolences to you and your family. I hope you will not be too sad.” My thoughts after this, is that it’s okay to smile at a funeral. This kind of smile brought with it a strong energy. Through his simple gestures and words, he gave me a strong sense of warm energy. After this, I wondered whether I could also play this role. I didn’t know this man at all, and he came to help me. So can I be like him and help someone I don’t know and give them this positive energy in a time of need?”

If he wanted to reach out and help people, perhaps his role as an actor can touch more lives. Through filming television dramas, Dicky can reach tens of millions of people. Through a concert with the Big Four, consisting of good friends William So (蘇永康), Andy Hui (許志安), and Edmond Leung (梁漢文), he can reach ten thousand people. But through his work at a church, he can perhaps maybe only touch the lives of several hundred people. To this, Dicky quoted Mother Teresa and said, “Not all of us can do great things. But we can do small things with great love.”

4 comments to Despite His “God-given” Talent in Comedies, Dicky Cheung Wants to Do Volunteer Work to Touch Lives