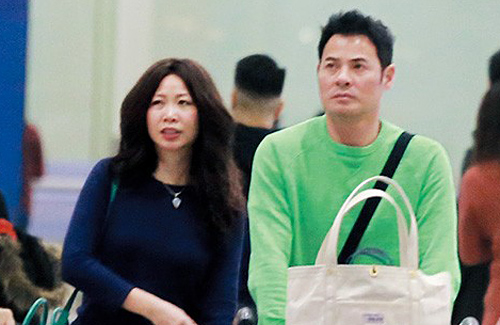 The actor would stand firm against temptations and report to his wife at regular intervals while filming.

TVB actor Ben Wong (黃智賢) and his wife, who is not from the entertainment industry, have been married for 15 years, after dating for 14 years. Despite their seemingly stable and loving marriage, Ben shared that their relationship too endured its fair share of challenges over the years, as his wife had to put up with staple industry gossip while Ben had to fend off actresses who made improper advances towards him.

Being in the complicated entertainment circle, Ben admitted that he had also experienced marriage crisis. Whenever he encountered actresses who tried to make advances at him, he would firmly state that he is a married man to avoid walking down the wrong path.

Besides taking care of their dog together, the couple would go on frequent travels to inject freshness into their relationship. Recently returning to Hong Kong from their trip, the couple, who had spent almost three decades of their lives with each other, looked sweeter than ever.

Agreed to Not Have Kids 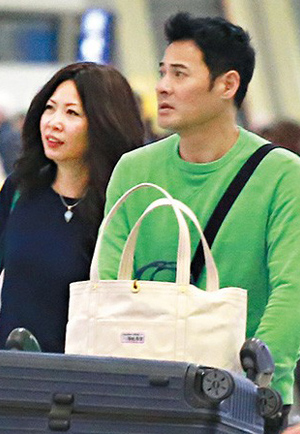 Ben’s wife, who works as a secretary, is a rather private person, so the actor hardly shares much about her to the media. Ben revealed that the couple agreed not to have kids after getting married for three years. He said, “We both understood that our characters are not suited for parenting, as it’s such a big responsibility. We don’t have the patience, nor do we feel secure about the education system or societal climate in Hong Kong. We feel that we won’t be good as parents, but it will be different if she gets pregnant accidentally, as it (would) be a gift from the heavens.”

Being childless has made Ben appreciate his wife more. He shares his perspective, “Because of this, it is 100 percent me for my wife, and my wife for me. I feel that the focus would only be on each other, and (we would therefore) appreciate each other even more.”

Despite this, Ben’s career choice means that he has faced his fair share of improper advances. To build trust in his wife, he would take the initiative to report to his wife during filming intervals, slowly earning her trust over time.

“We are in different industries; her circle of friends aren’t celebrities. , over the years she has heard many rumors and gossip. For example, ‘There are many gorgeous women at the station’. Any couple would go through these challenges, and we are not different. As the saying goes, ‘If you cheat once, you can’t be trusted a hundred times’; Acting sneakily even once is enough to break the trust,” said the 51 year-old actor.

Being together for so long, the couple’s relationship had not always been a bed of roses. “From youth until maturity, over 20 years our personalities have also changed. We have had face-offs, disagreements and talks of breaking up, but mostly I’m the one to get them from her.”