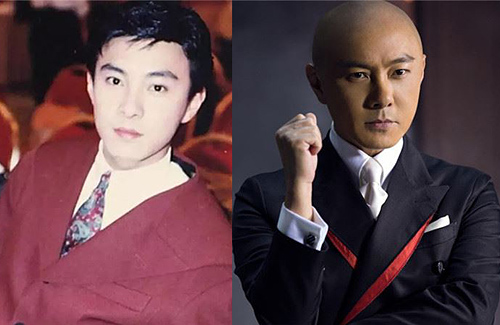 Dicky Cheung (張衛健) has made a triumphant return to TVB as his new series The Learning Curve of a Warlord <大帥哥> has been garnering good reviews due to its exciting storyline and comical moments. Fans have been sharing an earlier interview where Dicky discusses his struggles on his path to stardom.

Due to his family’s impoverished financial situation, Dicky found a job at a restaurant as a resident singer when he was 17 years old. He was quickly tired of not being able to sing songs of his choice. Thus after two years, he joined the 1984 TVB New Talent Singing Championship contest. He ended up winning first place and with that began his journey into the entertainment industry.

He was excited at the prospect of stable income but quickly got a taste of reality. “My life was even worse than when I was singing at the restaurant! When I was at the restaurant, on a bad month, the very least I would make is a couple thousand dollars (HKD). But after joining the entertainment industry, I made only a couple hundred dollars (HKD) a month! My management company believed that since I was a singing contest winner that I should not go back to singing at the restaurant. However, they did not help me in making a music record either! No one sought me out for acting gigs so I had no income.”

When asked what the reason was for his perseverance, he answered, “I try to keep a positive mindset and count my blessings. I struggled a lot when I was living on a couple hundred dollars a month. However, I would ask myself, aren’t you happier now? I used to go to the restaurant every day to sing songs that I didn’t want to sing. Also having to sing to people playing drinking games who weren’t really listening to me. I felt humiliated at the time and this is why I decided to join the singing contest- for an opportunity to become a real singer.”

In 1991, Dicky’s performance in TVB series One Step Beyond <老友鬼鬼> propelled him to stardom. In 1992, he decided to end his contract with Capital Artists and sign on with Warner to officially release his first Cantonese album, True False <真真假假>, making his dream of becoming a singer a reality. His album quickly topped the charts and Dicky was able to buy a house within a year. Although he encountered many obstacles in his career after, Dicky was able to overcome them with his positive way of thinking.