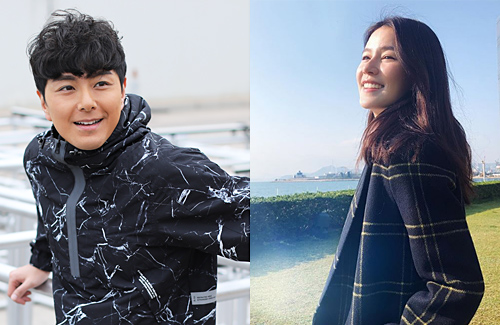 Edwin Siu (蕭正楠) and Priscilla Wong (黃翠如) are one of the most happily married TVB couples. Falling in love while filming drama Madam Cutie On Duty <師奶Madam>, Edwin surprised everyone at the 2019 TVB Anniversary Awards by announcing that he and Priscilla had secretly married and promised to take care of her for the rest of his life. In a recent interview, Edwin shares how he is living up to his promises.

As both Edwin and Priscilla continue to work after marriage, their lifestyles can get chaotic as they balance their personal lives and careers. In fact, Edwin reveals that Priscilla can be negligent towards herself when she gets too busy with work. He said, “Sometimes she gets very busy and she treats everything else very carelessly. I need to take care of her.”

Edwin recalls how Priscilla would buy a box of rice in the morning, and then would save the leftovers for lunch. In the end, she would forget to have lunch and will try to eat the rice box in the evening. Disapproving Priscilla’s habit, Edwin would stop her and offer to cook for her instead.

In another instance, Priscilla would drink from a single water bottle for over three days, and Edwin would have to help Priscilla pour out the water and place a new bottle in her purse.

Regardless of how absent-minded Priscilla can be, Edwin is very tolerant, “I had always known this trait of hers, so I would usually communicate positively with her. She wouldn’t be happy if I blame her. It’s not like I just met her; I already got used to it. So I can only think of ways to solve problems. It’s fate that two people can be together. You would find that you are compatible and no one can replace her.  You will then decide to get married.” 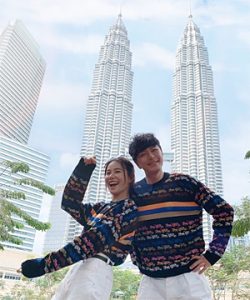 Many people would often ask if they will be starting a family soon. In response, Edwin laughs and admits that they don’t have any plans, “Actually, we are in agreement and hope that it will happen. However, I believe she will have to temporarily give up her career, yet she still likes to work.  I don’t want to push her too hard, so for the time being work comes first and we will go with the flow.”

Edwin adds that if it does happen, they would need to be more careful. Referencing the time when Priscilla left her bottle of water out for three days, Edwin jokes that the baby would get sick if Priscilla tries to feed the baby with three-day-old milk and he would then have to take care of two people.

From his description, Priscilla may appear to lack basic life skills but Edwin stresses that they love each other because they share similar values, “Although she is not like the average housewife, she is able to manage the household chores. Since she is also in the entertainment circle, we try to be understanding of each other. With Priscilla, she makes me want to take care of her and slowly let myself grow more mature. I don’t deny that we are very much like kids, but there is someone who is a bit more mature. She is the one who pushes me to mature so I can protect her.”

Priscilla Wong Reveals How She Proposed to Edwin Siu

Edwin Siu Reveals Why He Fell in Love With Priscilla Wong