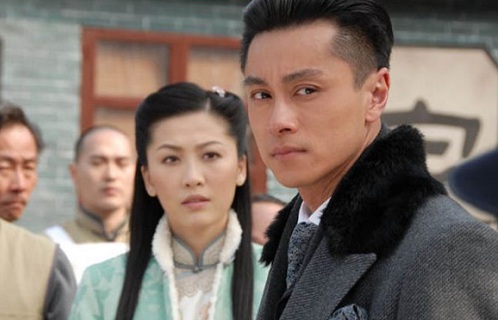 The 2-hour finale to TVB’s popular series, Bottled Passion <我的如意狼君>, will be aired on Monday, January 2, 2012 in Hong Kong. Due to the poor timeslot assigned to the highly praised Bottled Passion, Producer Lee Tim Sing (李添勝) continued to air his grievances but refrained to disclose the outcome of the plot. Nevertheless, Oriental Daily received a tip regarding ending spoilers for the riveting drama! After Niki Chow (周麗淇) and Raymond Wong (黃浩然)discover the origins of their families’ past, they decided to elope together. Unfortunately, Raymond was trapped by heiress, Elaine Yiu (姚子羚), who was bent on seeking revenge for betraying her love. The major villainess, Rebecca Chan (陳秀珠), will bite back on Raymond. The finale will conclude with Raymond’s violent and tragic death!

Niki did not know that Raymond had died, thinking that he had only mysteriously disappeared. Although she was advised that Raymond will never return again, she insisted to to wait longly for his return for the rest of her life! The ending will surely be a tearjerker for housewife fans!

On the other hand, Joel Chan’s (陳山聰) evil actions suffered just retribution and he completely lost his family wealth.

Asked whether there will be a sequel planned for Bottled Passion, Producer Lee Tim Sing replied, “Everyone knows that pushed the limits in this series [and did not leave any inconclusive elements unresolved]. There are no plans for part two yet!”

Jayne: This article was updated with additional spoilers which emerged in the evening news.

Tragic endings (with justified and logical plot devices) are more memorable and perhaps realistic than everyone forgiving each other and living happily together. Pehaps unfulfilled love stories may be the most memorable of all…. I thought everyone hates the cliche happy “BBQ” endings found too readily these days?