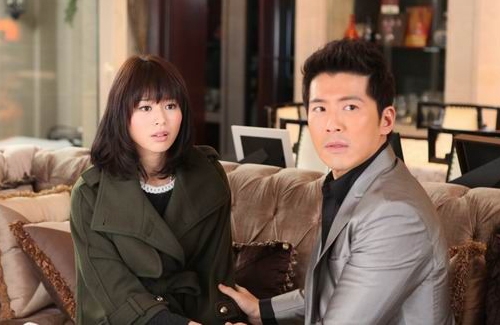 Admist a public break-up between Myolie Wu (胡杏兒)  and Bosco Wong (黃宗澤), rumors have been flying on reports of infidelity on Bosco’s part. However, recent reports claim that Myolie and Taiwanese actor, Eric Huang (黃少祺) developed feelings for one another long before her break-up with Bosco!

Myolie met Eric while filming Jin Yu Man Tang <金玉滿堂> in mainland China last year. Although he is 10 years older than her, they became fast friends. In fact, Eric reportedly started to woo Myolie on set and was extra nice to her. Since the 41-year-old actor was at an age where he was ready for marriage, he was the complete opposite of the hard-partying and flirtatious Bosco. Myolie allegedly did not pursue the relationship with Eric any further because she was still with Bosco at the time.

Upon the filming wrap-up and returning to Hong Kong in June, Myolie reportedly started to find more faults in Bosco and dug up old wounds as an excuse to break-up with him. Bosco had no choice but to accept.

Myolie hoped the by starting anew, her relationship with Eric could blossom. Unfortunately, Eric’s mother was extremely upset that reports claimed that her son as the third party igniting the break-up between Myolie and Bosco. Eric’s mother allegedly tried to stop their relationship from developing by all means.

Raised in a single-family household, Eric has a very close relationship with his mother. In fact, his mother is his motivation to work hard and make money. He also purchased a luxury apartment in Taiwan apartment as a Mother’s Day gift.

Because of his mother’s disapproval of Myolie, Eric reportedly painfully parted ways with Myolie. In a recent press interview, Eric emphasized that he is still single and Myolie was only a costar, and has not been in touch with her ever since the filming wrapped-up earlier this year. It was obvious that he was trying to break all ties with Myolie and set the record straight that he was not the third party.