Eric Tsang (曾志偉) has been busy working in China since the official announcement of his new role as Deputy General Manager. He has already held multiple meetings with many different proposals for future variety shows. It is said that he plans to bring back the popular Super Trio <獎門人> game show and produce a large-scale street dancing reality competition open to dancers across Hong Kong and China.

Witnessing the popularity of dancing competition shows such as China’s Street Dance of China <这！就是街舞> and Hot Blood Dance Crew <热血街舞团>, which featured Jackson Yee (易烊千玺), Han Geng (韩庚), and Huang Zitao (黄子韬), Eric is confident that TVB will be able to attract audiences in both Hong Kong and China if it produces a similar type of show. 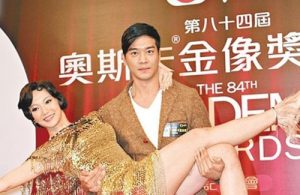 The plan for the show is still in its early stage, but several TVB artistes who have dancing backgrounds have expressed interest. Grace Wong (王君馨) really wants to participate, “I am interested in anything that is dancing related. However, I am worried about my old foot injury, so I’m not sure if I’ll be able to handle street dance.”

Also recognized for his dancing talent, Lai Lok Yi (黎諾懿) praised Eric’s refreshing idea but does not want to join the show. “My bones are brittle now! I need to leave two ribs for myself.”