Eva Huang’s Marriage is on the Rocks? 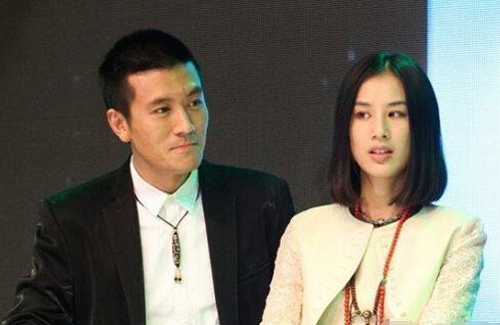 Although together for almost a decade, Mainland actress Eva Huang (黃聖依) and her manager/ husband Yang Zi (楊子) are suffering from marital problems. With little quality time together, their marriage has slowly deteriorated.

Eva and Yang Zi were in the United States recently, but both had separate agendas during their stay. Photos of Yang Zi in the hospital for his surgery surfaced, but at the same time, Eva was seen at an amusement park with their 4-year-old son.

For years, Eva was branded as a home-wrecker in Yang’s first marriage. Last year, Yang Zi finally directly addressed that he had been divorced for years and acknowledged his relationship with Eva. Last May, the couple also revealed for the first time that they already have a son together.

The couple’s obstacles continued as Eva found it increasingly difficult to work with Yang Zi’s growing number of employees. It was rumored that Eva became insufferable at Yang Zi’s company. Eventually, she stopped attending meetings and sold her shares back to the company.

Zero Quality Time Together as a Married Couple

Between Yang Zi’s company and Eva’s busy filming schedule, the couple rarely has quality time together and drifted apart. Even when Eva’s schedule is free, she would spend the remaining time with her son. Despite efforts to rekindle their marriage, including Yang Zi hosting a big birthday bash for Eva in February, the couple’s marriage continued to wilt.

Another problem was the endless number of romantic rumors between Yang Zi and various females over the years. Yang Zi spends a majority of his time with business clients at social events where he would draw unwanted attention from females.

Despite the reports of marital discord, Eva and Yang Zi have not responded directly to the matter.