Felix Wong Mocks Himself: “Hardworking, But Not Sharp” 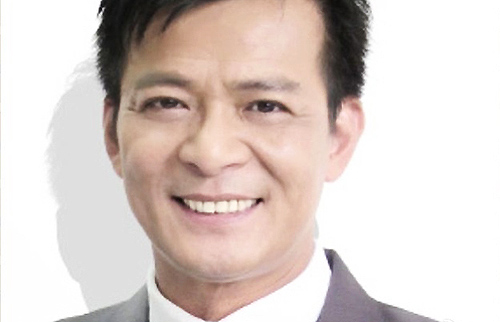 Felix Wong (黃日華) became a popular actor during the eary 1980s, with his portrayal of “Guo Jing” in The Legend of the Condor Heroes <射鵰英雄傳>, along with classics such as The Demi-Gods and Semi-Devils <天龍八部>, Looking Back in Anger <義不容情>, and Racing Peak <馬場大亨>. But fame and fortune did not come without blood, sweat, and tears. Felix talked about his workload, and how he ended up in the hospital after suffering from Hepatitis.

Felix said, “Director Wong Tin Lam (王天林) appointed me for my role in The Legend of the Condor Heroes. When he saw me, he said I look trustworthy, and the role was perfect for me. Come to think about it, I am just like the character I played–hardworking, but not intelligent.” Felix described how he was like a zombie at the set. Without a personal assistant, Felix had to take care of everything himself. The worst thing he remembered was going without sleep for 7 days and 7 nights. He said, “The entire day, I could only think about the end of the day. My brain could not even think properly back then.”

Aside from Felix, many young lead TVB actors were filming 6 to 7 TV series per year. Felix felt that he was pretty amazing back then. He said, “Now I don’t even understand how I can get through such tough times. Vacations were less than 10 days per year. I did that for three straight years, and finally broke down during a shooting — I started feeling uneasy, then perspiring profusely. I ended up in the hospital suffering from Hepatitis, and had to take 18 days off for rehabilitation.” Felix joked, “Wow, I was so happy to get a chance for a break!”

Jealous of Michael Miu and His Side Jobs

Although Felix was overwhelmed by work assignments, he felt he was not smart enough to complain to TVB management about his workload. He just told himself to keep going because he made money from filming everyday. When he first assumed a leading role, he only made $1,200 HKD per month. Even at the height of his TV career, he was only making $3,000 HKD per month.

In addition, there was no flexibility once he took on leading roles. Felix said, “I was making less than what I had made before. I cannot take on appearances overseas to make extra money. I saw how Carol Cheng (鄭裕玲), Chow Yun Fat (周潤發), and Michael Miu (苗僑偉) made money from overseas, and I really envied them. However, I have no one to blame but myself. I was stupid to not fight for my rights.”

27 comments to Felix Wong Mocks Himself: “Hardworking, But Not Sharp”