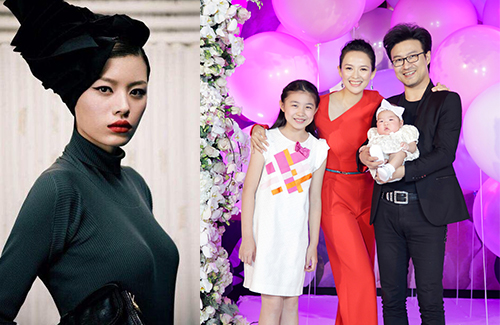 It’s not surprising to say the least, but Wang Feng’s (汪峰) former flame and birth mother to his oldest child, Ge Huijie (葛荟婕), is back on social media to bash the Chinese rockstar.

Ge Huijie, a 29-year-old model from Zhejiang, didn’t hold anything back when she released her fire on Wang Feng. She wrote on Weibo, “Hey Wang Feng, my only wish for you is to die soon! Stop putting the kids in harm’s way! I admit that I wasn’t a responsible mother then, but you’re definitely not a good man! My heart goes out to the people who had a relationship with you, because I was one of them and I feel their pain!”

The model then ended her message with some harsh words, saying, “My life was ruined because of you. Wang Feng, you are a [expletive]!”

She also left a message to Zhang Ziyi, calling her out as a person with “bad intentions.” Ge Huijie said, “Ms. Zhang, what are you doing? I’m not trying to be unreasonably troublesome here, but I just cannot rest well knowing that there are people with bad intentions getting together!” This message was later deleted.

This isn’t the first time seeing Ge Huijie bash Wang Feng so openly in a public forum. The Chinese model was everything but happy when she first heard about the news of Wang Feng’s marriage to Zhang Ziyi. When Zhang Ziyi gave birth to their daughter Xingxing late last year, Ge Huijie mocked Wang Feng, “Congratulations, it’s a daughter again. Please don’t change the mother this time.”

Wang Feng and Ge Huijie’s messy relationship started in 2004, when Ge Huijie first entered showbiz as a model. She was only 17 years old when she first dated Wang Feng, who was 16 years her senior. In 2005, at 18 years old, Ge Huijie gave birth to Wang Feng’s oldest daughter, Apple.