On stage, the former Miss Hong Kong winners and contestants courageously talked about their changes since competing the pageant, and shared some of their pre-debut portraits with the press.

Not many of the girls have changed—Tracy looked just as sweet and elegant, and Tiffany is still as tan and fit as before. Jacqueline, on the other hand, went through quite a big change, but she was not embarrassed to talk about it. She pointed out that confidence is the most important trait when it comes to competing for pageants.

Grace, who is turning 26 years old next month, expressed her astonishment at how fast a year has gone by. The 2013 Miss Hong Kong winner, having welcomed three batches of MHK juniors already, said she’s feeling old, but enjoys her own journey to maturity.

After completing her duties as Miss Hong Kong, Crystal will put her focus in the entertainment industry. She hopes to meet new challenges under her new identity. Expressing her excitement for the upcoming pageant, Crystal also expressed her hope to make new friends with the upcoming MHK contestants. 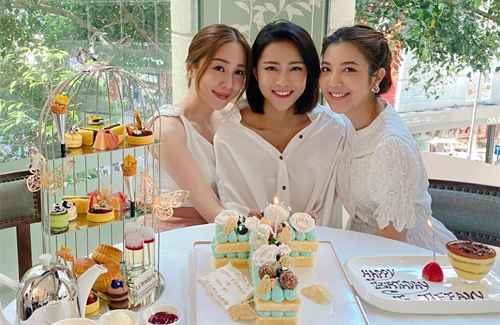 Tiffany has a lot to be proud of her achievements, balancing acting while studying for her bachelor’s degree over the past two years.