Francis Ng Deletes All His Posts and Leaves Weibo 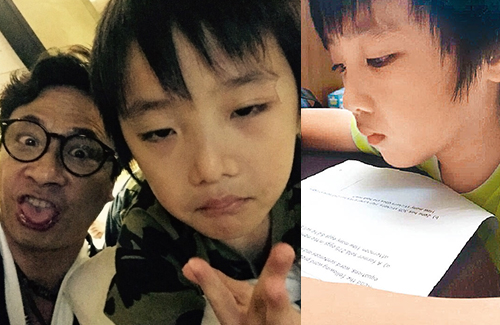 Heartbroken to see his 7-year-old son Feynman staying up late at night to complete his daily homework assignments, Francis Ng (吳鎮宇) took to his Sina Weibo to relieve his frustration at schools for giving out too much homework for kids.

He said, “Why is there so much homework! Even I, as a parent, can’t take it. What is the purpose of going to school? If it’s to make money, then please take a look at the grades of those who are on the wealthiest people list. I don’t think many of them had very good grades. If it’s to gain knowledge, then we should all groom our children to do best in what they’re interested in. Then, the world would have many children with many different talents.”

But what was originally a simple complaint about homework turned into a huge media misunderstanding. A Chinese media outlet took Francis’ words out of context and published an article that said Francis was slamming wealthy people for having poor grades in school. Netizens who read the erroneous article also did not read Francis’ entire Weibo post thoroughly, and many of them left angry comments on his Weibo, even attacking him.

Enraged at being attacked and misunderstood, Francis made an angry follow-up post, “This place is seriously uneducated.” He exclaimed that many netizens attacked him without reading carefully or getting the message.

A few minutes later, he said, “If you want news, I’ll give you news. Friends, I will no longer be using Sina Weibo to chat with you all. From now on, this will redirect to my Tencent Weibo. Your next headline can be that Francis Ng is angry and has decided to move to a new territory!”

Before deleting all his posts on Weibo, Francis said, “My mistake. It turns out that Tencent Weibo doesn’t exist anymore. See you all on Facebook then, haha! Thank you everyone!”