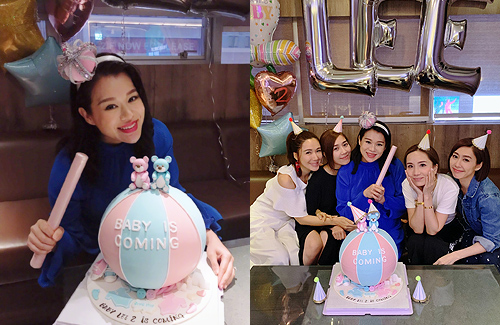 Currently in her seventh month of pregnancy, Myolie Wu (胡杏兒) was surprised by a baby shower on Saturday, May 18. 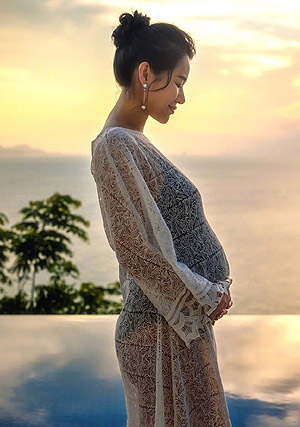 Dubbed as “The Nonsense Club”, Selena Lee (李施嬅), Nancy Wu (胡定欣),  Mandy Wong (黃智雯), and Paisley Wu (胡蓓蔚) had shared all of Myolie’s important milestones in recent years. Although this is Myolie’s second pregnancy, her close friends were eager to throw her a party. While playing games, Nancy even stuffed her belly to pretend to be pregnant too.

Sharing photos on social media, Myolie wrote, “Thanks to all the godmothers, especially Selena, for preparing a surprise baby shower for Little Lee. It’s been a long time since we had so much fun. It’s the first time we ate hot pot while singing karaoke. And the cake was so cute, funny and delicious too. Do I need to have a few more kids in order to have so much fun?”

The cake at the shower featured a pink and blue bear and said, “Baby Lee 2 is coming.” Since Myolie already has a one-year-old son, did the pink bear on the cake indicate that she is carrying a girl? 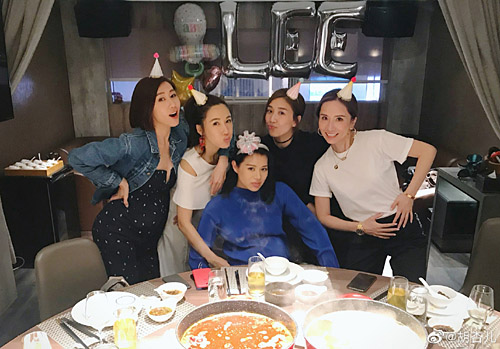 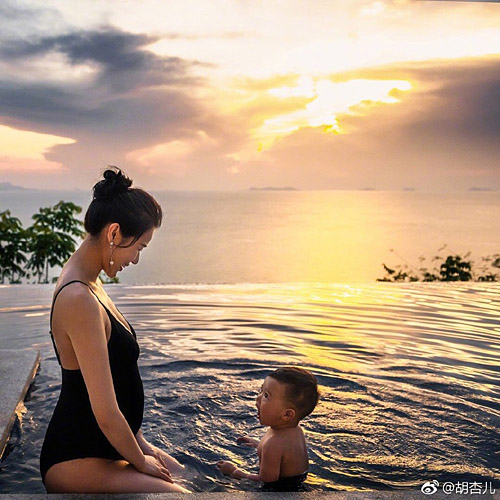