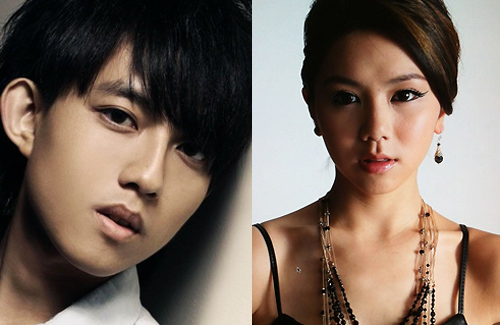 When the Hong Kong media exposed G.E.M. (鄧紫棋) and Yoga Lin’s (林宥嘉) budding romance to the public in 2010, the young couple played it cool. The singer-songwriter pair avoided mentioning each other to the press and refused to attend events together. Despite the lack of acknowledgement, G.E.M. and Yoga were widely known as a couple.

In June 2012, G.E.M. and Yoga implied that they have broken up, but these assumptions were shot down when Yoga made a Weibo post about attending G.E.M.’s Hong Kong Coliseum concert earlier this month.

Yoga wrote, “You are the brightest star in the dark sky. Your low voice is spot on and your high voice is powerful. On stage, you are a one-hundred percent guitar hero… X.X.X. Live is a really great show! It was fun and moving… thank you, G.E.M.”

G.E.M. left for New York soon after completing her five-day Hong Kong Coliseum concert on April 16. The 21-year-old’s spokesperson stated that G.E.M. will be staying in New York for the next three months to attend classes. G.E.M.’s trip to New York was quiet, and she did not specify who she brought along.

On April 28, Yoga uploaded a music video, “Too Manhy” <太多> by Cheer Chen (陳綺貞) on his Facebook fanpage, writing, “Too many: if you ate ‘too many’ lunches, then don’t eat as many dinners.” Facebook’s location tracking feature revealed that Yoga made the post near New York City.

1 comment to G.E.M. and Yoga Lin Dating in New York?