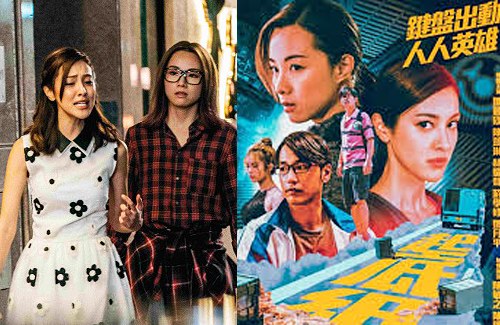 Although it is Grace’s first time participating in a film, she had a breakthrough performance in a scene where her character curses at Stephy, who plays her sister. “I never played unruly characters before so I don’t know if the audience will accept it or not, but I decided to go all out,” she shared. “The audience is smart; they can differentiate between the film and reality.”

In Keyboard Warriors, Grace’s character is very materialistic, loves brand names, and investing in stocks. She often argues with Stephy over money. In one scene, the two women were arguing fiercely on the streets of Tsim Tsa Tsui. Stephy pointed out that Grace is willing to drink with men for money. The argument escalated as the two continued to fight and their emotions erupted. Stephy’s face was full of tears as she was so into character that her heart ached.

The actress revealed she rarely argues with people, so the scene was comparable to filming an action scene, as shedding tears require a lot of strength. Stephy expressed feeling exhausted after filming that scene.

As for Grace, she was grateful to be able to work with Stephy. “It felt amazing to work with Stephy for the first time. I learned a lot from her as she takes the initiative to teach me,” Grace said. “Once the camera rolled, we quickly developed compatibility. Now when I look at her, I can easily get into character within one second.” 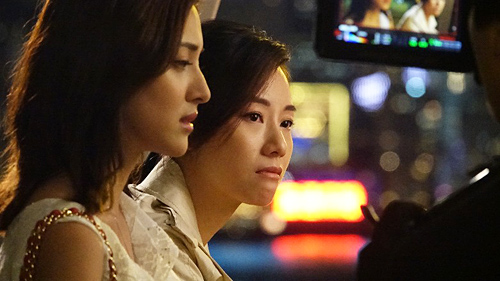