Grace Wong Had Feelings for Costar, Came Clean to Husband 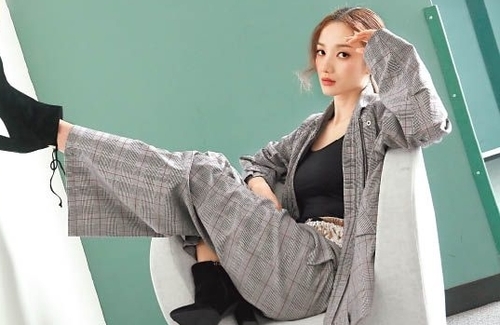 When Grace Wong (王君馨) married her boyfriend of 12 years Daniel Chang in 2017, he gave up his life in New York to be by her side in Hong Kong. No longer miles apart, Grace revealed the long distance relationship was challenging and they even separated at one point. Not to mention, it required a lot of self-control to stay loyal to one another.

Grace revealed, “When we were in the United States, it was still considered a long distance relationship because he would have to drive three hours to see me, but it is still better than having to fly over 10 hours to see me after I moved to Hong Kong. Frankly, before we got married, the longest time I spent with him was only three weeks. We never exchanged gifts so it took some time to adjust to that after getting married.”

Her Heart Wavered for a Third Party

They ended up separating when Grace moved to Hong Kong for work, but after believing in God, the two suddenly resumed contact and trusted each more than before. “I always say girls must guard their hearts and boys must guard their eyes,” Grace advised. “This is especially true when we used to be long distant. To stay loyal to each other, we need to have willpower.”

However, the actress admitted her heart once wavered for a costar while filming. “When I realized I couldn’t handle it, I called Daniel and told him everything. I promised him I wouldn’t meet with the other party alone, I would talk about Daniel in front of the other person more, and introduce them when Daniel visits. After hearing me say that, he really put his trust in me,” she shared.

After overcoming the hurdles in their relationship, the couple now makes the most of their time together. Grace said, “When we return home after work, we will hug each other to our satisfaction first!”

Grace revealed she’s longed to marry a good husband since she was five years old. Who knew she would end up marrying the “dark, four-eyed, and small” guy she met years ago? “He walked into the restaurant where I worked at for a drink,” Grace recalled, “and he knew my colleague. It was so cute when he blushed after seeing me! He would also be jealous of my guy friends.”

She Has a Filming Addiction

Grace has no plans to retire from acting in the future. “I am living a simple life in reality, but when I’m filming I can experience a different life. Now, I will do things that I like to do and make money so I can invest it, and do music that I like,” she declared.

Although she’s garnered her fair share of criticism, such as her high pitched voice, Grace does not let the negativity get to her. “Good thing my religion, husband, family, and close friends are my support. They told me not to be too mindful of what others think about me,” Grace said. “Will Smith has this famous saying I use to remind myself that if self-confidence comes from other people, it’s the same as seeing the perfect version of myself in the mirror, that is, everything is distorted, so the most important thing is to be yourself and enjoy the happiness.”

2 comments to Grace Wong Had Feelings for Costar, Came Clean to Husband